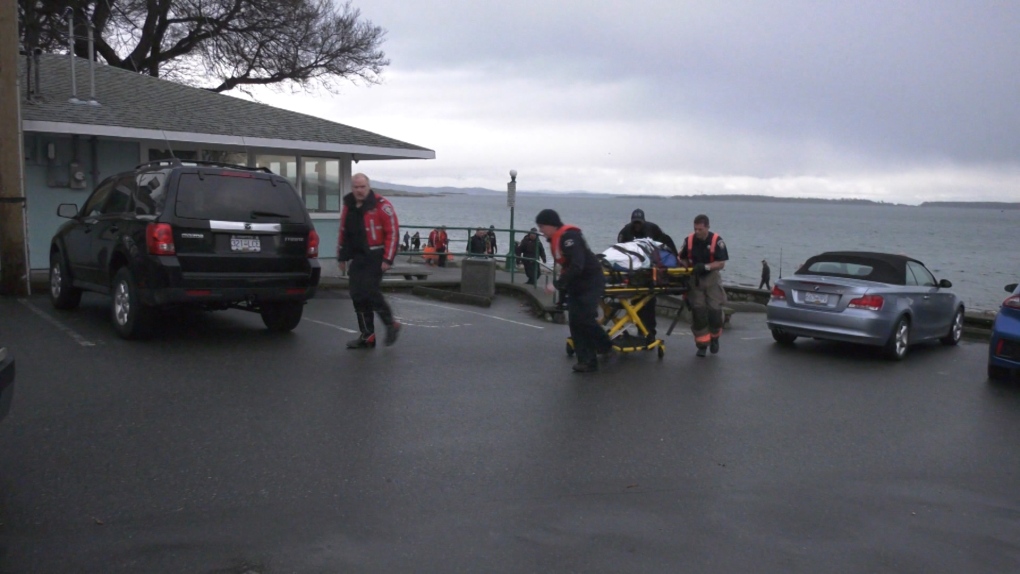 Rescue crews on Vancouver Island were able to save a woman from the ocean Saturday afternoon, with help from a windsurfer who happened to be in the area. (CTV)

VANCOUVER -- Rescue crews on Vancouver Island were able to save a woman from the ocean Saturday afternoon, with help from a windsurfer who happened to be in the area.

The rescue occurred in the waters off of Willows Beach in Oak Bay.

Asst. chief Roger Stewart, of the Oak Bay Fire Department, said his crews were called to the beach by Oak Bay police for a report of a "possible person in distress in the ocean."

Stewart said the woman was "a few hundred metres" from shore. Crews were able to make contact with a windsurfer in the area, who they dispatched to the woman's aid. They also contacted the coast guard, Stewart said.

"The windsurfer - it looked like, through our binoculars - was able to make contact with the person in the water and then hold them until the Oak Bay sea rescue arrived," he said.

The woman was transported to shore, and then to hospital in an ambulance.

Stewart said he did not have any information about the woman's condition, but she was conscious and alert when she was loaded into the rescue vehicle.

"I imagine that she was very cold," he said. "It looked like she had been in the ocean for a little while … It doesn't take long in the temperatures of that water to be in a lot of distress."

The assistant chief praised the windsurfer for helping with the rescue, calling the bystander "instrumental" in saving the woman's life.