Woman pinned down while trying to rescue distressed deer in Comox 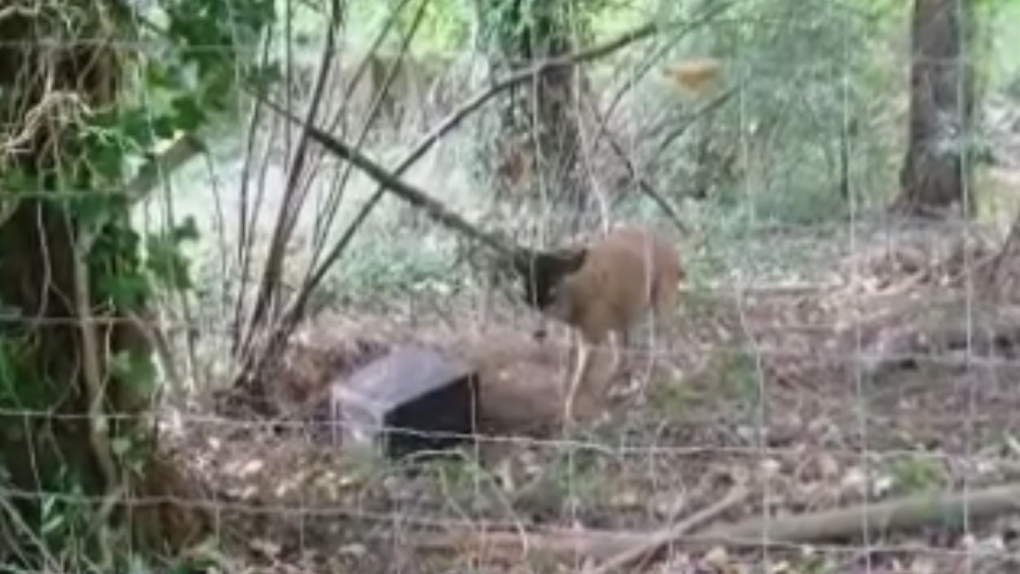 A Comox Valley woman became pinned underneath a deer while trying to untangle it, according to police. Aug. 31, 2018. (Comox Valley RCMP)

Wildlife can be unpredictable at the best of times, but even more so when animals are in distress.

A Comox Valley woman learned that the hard way when she became pinned underneath a deer while trying to untangle it, according to police.

The woman was outside looking for her cat Friday morning when she found a deer stuck in what appeared to be netting near her fence.

When she approached the large male deer he lashed out, knocking her to the ground and pinning her there, leaving her unable to get up.

Officers were called to the Anderton Road property after the woman was heard calling for help from her yard.

They arrived and grabbed onto the deer as they freed the woman, who was treated by paramedics waiting nearby.

The animal was then sedated by a BC Conservation officer so he could be untangled from the netting.

The woman is now back home recovering from injuries described as minor.

Police say they're advising the public never to approach wildlife, even if the animal appears to be in trouble.

Such incidents should be reported to local police or the BC Conservation Officer Service at 1-877-952-7277.