Woman killed after being struck by vehicle in Nanaimo 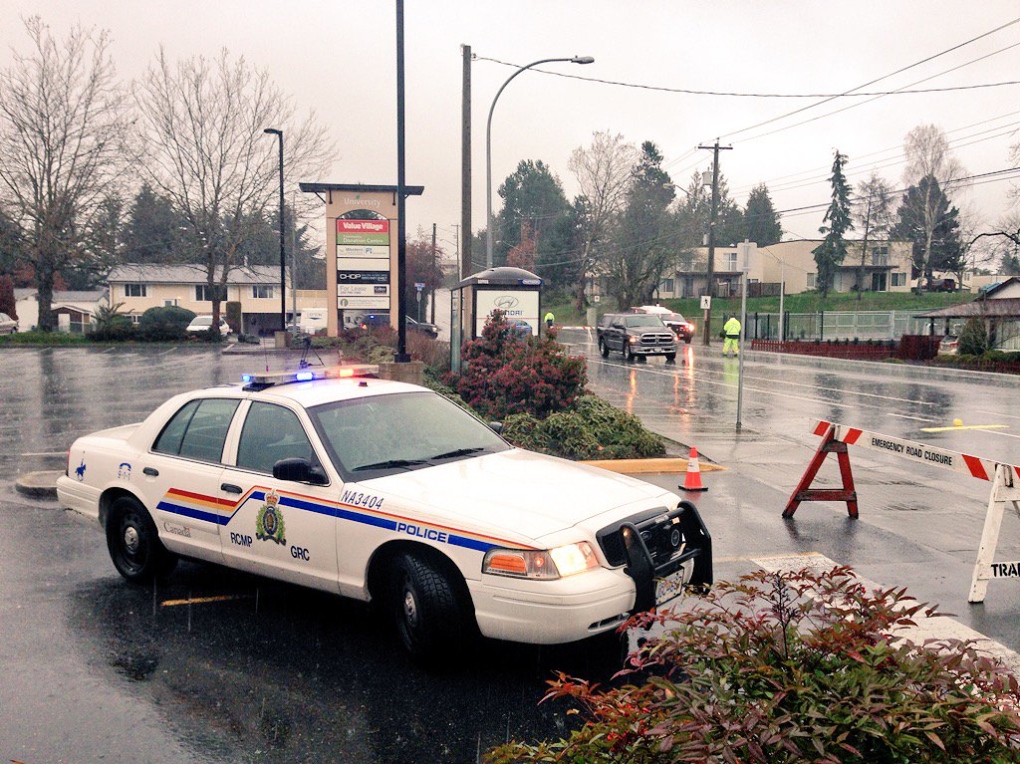 A pedestrian has been killed in Nanaimo after being struck by a vehicle.

The victim, an adult woman, was hit by the vehicle around 6:25 a.m. on Bruce Avenue near a Value Village location, according to RCMP.

Details about what happened are unclear, but police said the male driver remained at the scene and cooperated with police.

The incident shut down Bruce Avenue between Fourth and Fifth streets as crews investigated.