VICTORIA -- A woman who was arrested and spent several days in police custody in Langford last week sent a homemade thank-you card to her jailers, and even positively reviewed the accommodations at the RCMP cells.

The West Shore RCMP would not say why the woman was arrested, saying such information could potentially identify her. But, they did confirm that she was arrested and spent “a number of days” in the police lockup.

The card was sent to the RCMP detachment after the woman left police custody. The Mounties do not provide craft supplies to persons in custody at the Langford jail.

“I was nervous about staying with you guys during my trip to the island,” the woman wrote, “but I wanted to let you know that I appreciated how helpful and kind everyone was.”

The sender offered special gratitude to the four “jailors who do a tough job and are often under appreciated by the people in their care.”

West Shore RCMP spokesperson Const. Nancy Saggar said she could not think of another instance in which guards had received such a card from someone they arrested and held in custody.

The card showed a “genuine amount of effort, which was really kind,” Saggar said.

Included in the card was a four-and-a-half-star review of the Langford jail facilities.

“We were very impressed and happy with our review,” Saggar said. “The point here is that we do treat everybody with respect. Just because you’re in jail, you still have your rights and we’re going to respect that.”

Saggar said the jail guards “never had any issues with this prisoner” during her stay.

The front of the homemade card bears the message: “If, for some reason, our airplane was experiencing problems, I would help you with your oxygen mask before adjusting mine.” 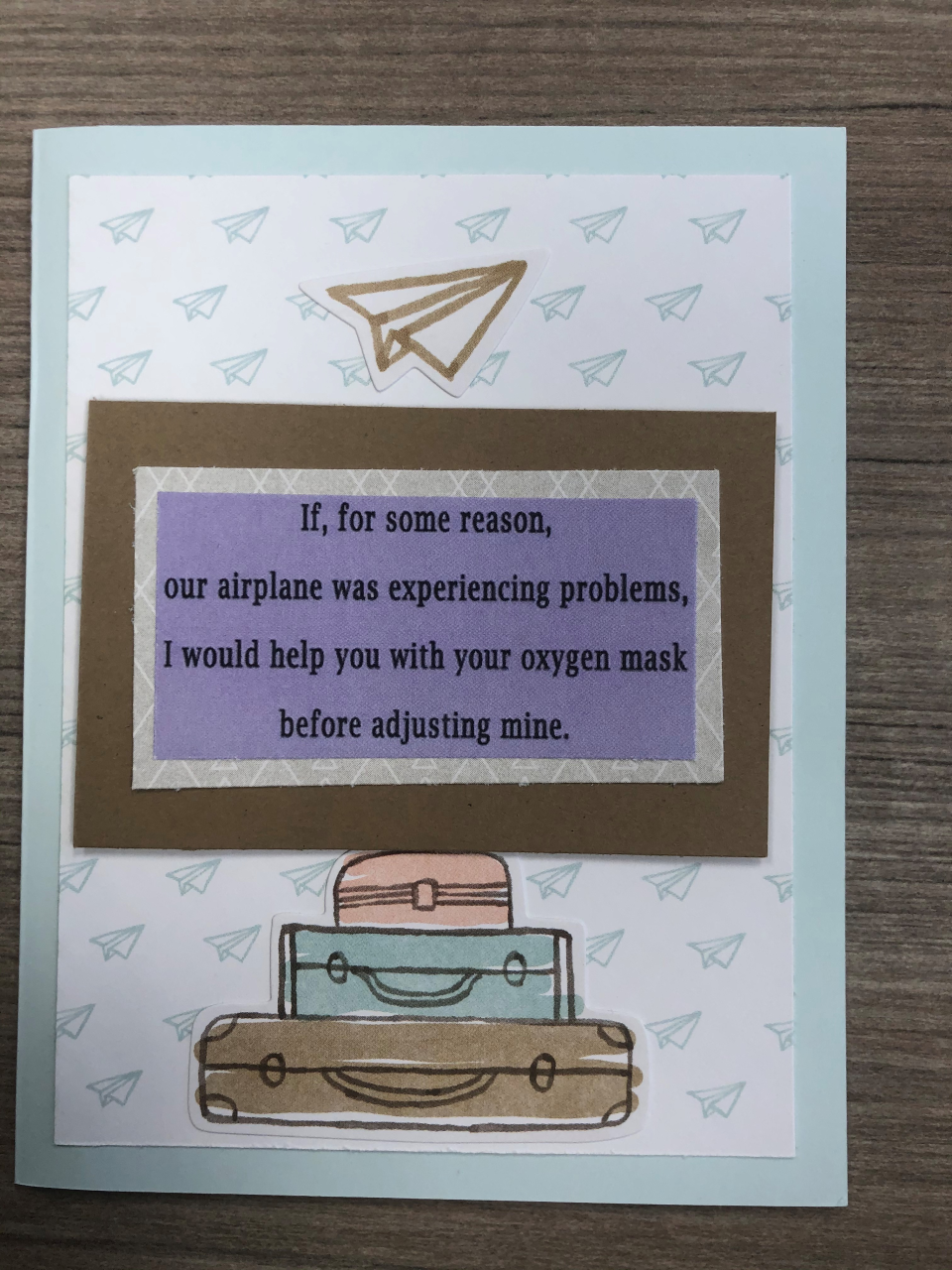 Saggar said she did not know whether the woman had stayed with the Langford RCMP before.