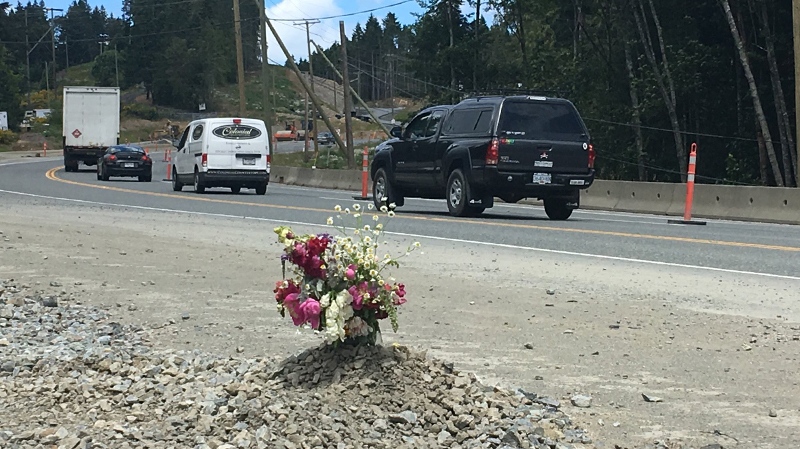 A makeshift memorial has sprung up along the Malahat for David Tilley, a 46-year-old Vancouver man killed in a collision on the weekend. June 11, 2018. (CTV Vancouver Island)

VICTORIA -- A 31-year-old woman is facing impaired driving charges following a fatal head-on collision on the Malahat highway in 2018.

The crash occurred at approximately 1 p.m. on June 10, 2018. According to the West Shore RCMP, a minivan travelling northbound struck a southbound SUV.

The driver of the SUV, 46-year-old David Tilley of Vancouver, was pronounced dead at the scene. A passenger in the SUV was also sent to hospital for treatment of serious injuries.

Meanwhile, the driver of the minivan was taken to hospital for treatment.

At the time, police believed that the female driver of the minivan was impaired by alcohol.

Now, the driver, Sara Thomas, is facing six charges related to the collision.

She is scheduled to appear in Duncan provincial court on Tuesday, May 19.