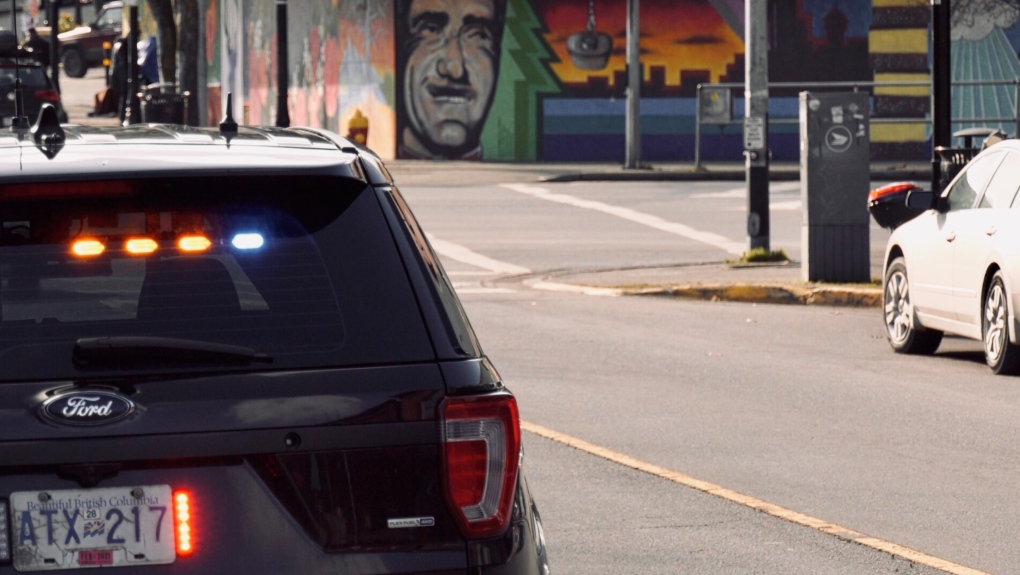 A woman has since been arrested for an alleged hit-and-run in Nanaimo: (CTV News)

NANAIMO -- A woman using a crosswalk in downtown Nanaimo Friday morning is lucky she wasn’t seriously hurt after being struck by an alleged hit-and-run vehicle.

The collision happened around 9:30 a.m. at the intersection of Commercial Street and Terminal Avenue.

Nanaimo RCMP say the victim was using the crosswalk legally when a pickup truck was driving northbound on Terminal Avenue and failed to stop for a red light, striking her.

BC Ambulance services transported the woman to hospital. Authorities say she suffered only minor injuries.

The suspect driver of the older-model pickup truck fled the scene and was seen turning left onto Commercial Street and then driving up Albert Street.

That pickup truck was later spotted parked outside the Nanaimo RCMP detachment.

A female driver ended up turning herself in and is in police custody.

She has been arrested for dangerous driving and failing to remain at the scene of an accident.