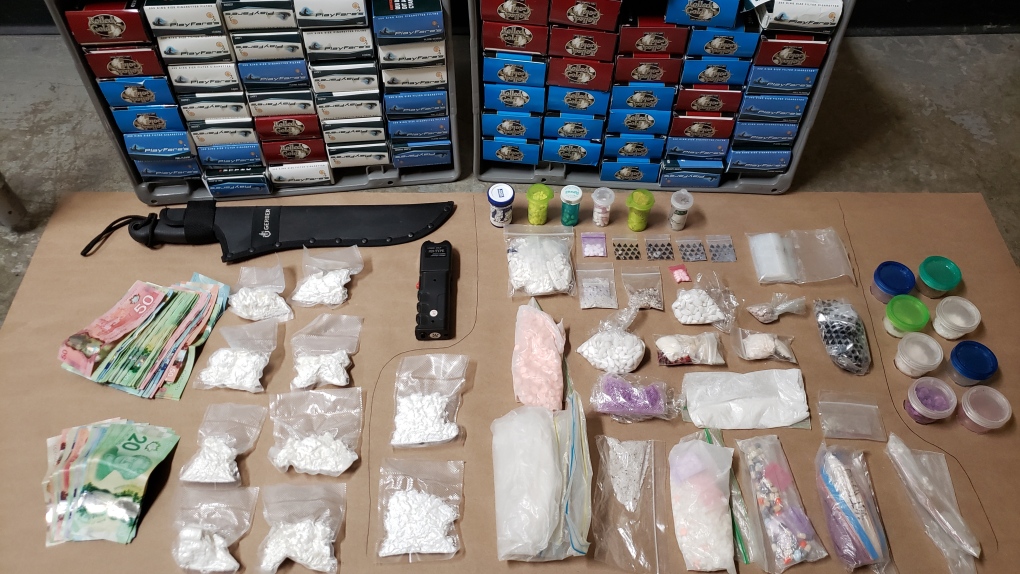 Mounties in Duncan, B.C., have arrested a 44-year-old woman in connection with a drug-trafficking investigation.

The RCMP executed a search warrant at a rural property in the 2700-block of Miller Road during the early-morning hours of Aug. 6.

Officers uncovered more than 19 ounces of controlled substances, including suspected fentanyl, methamphetamine, and cocaine, as well as approximately 1,600 prescription pills, the North Cowichan-Duncan RCMP said in a news release Friday.

The RCMP say the woman was taken into custody at the residence without incident.

"This search warrant was obtained as a result of an investigation into drug trafficking within the community and beyond," B.C. RCMP spokesperson Cpl. Alex Bérubé said.

Officers continue to investigate and are asking anyone with information related to the case to contact the North Cowichan-Duncan RCMP at 250-748-5522.

BREAKING | Ontario woman sexually assaulted by Jacob Hoggard says she is suing him for $2.8M

Eric Weinberg, an executive producer and writer for the hit TV show 'Scrubs' and many others, has been charged with sexually assaulting five women that he lured to photo shoots and there could be many more victims, Los Angeles County prosecutors announced Wednesday.