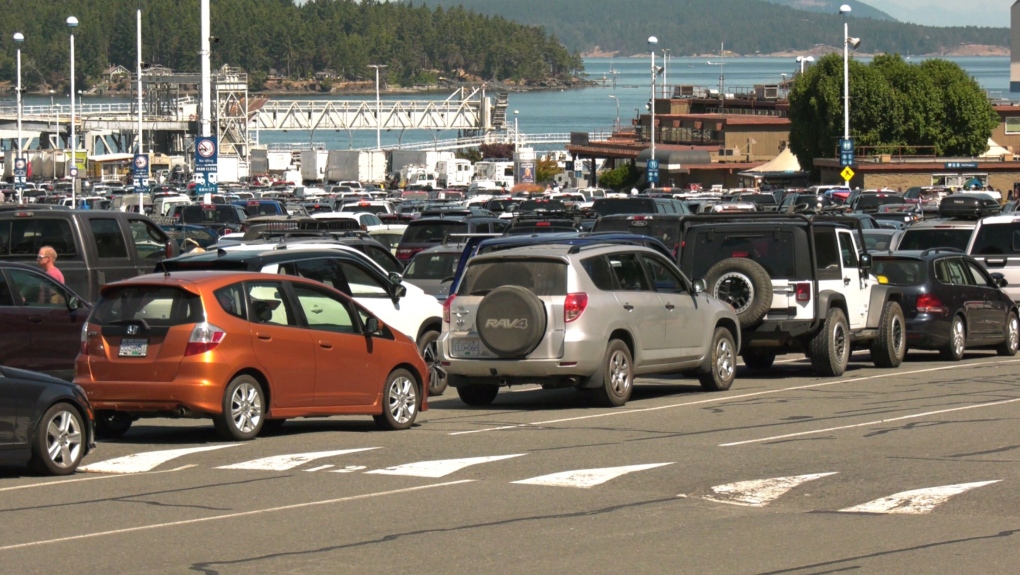 The Mounties arrested a woman after they say she tried to rob a passenger and threatened to stab a BC Ferries employee at the Swartz Bay ferry terminal in North Saanich on Saturday.

Police say the victim refused to give the woman their phone and BC Ferries workers intervened, resulting in the woman threatening to stab the staff member before she fled the terminal.

While officers were responding, they say they received another call that the woman was attempting to break into a nearby residence. Police quickly found and arrested her.

“This was a dynamic and dangerous situation for everyone involved," said Cpl. Andres Sanchez of the Sidney/North Saanich RCMP in a statement Tuesday.

"Whenever a suspect brandishes a weapon, police officers are forced to make split-second decisions. The officers in this situation used good judgement and relied upon sound de-escalation techniques to address a very agitated individual."

Mounties say the woman, who is from Victoria, is facing multiple charges, including robbery, mischief, assault with a weapon, and breaking and entering.