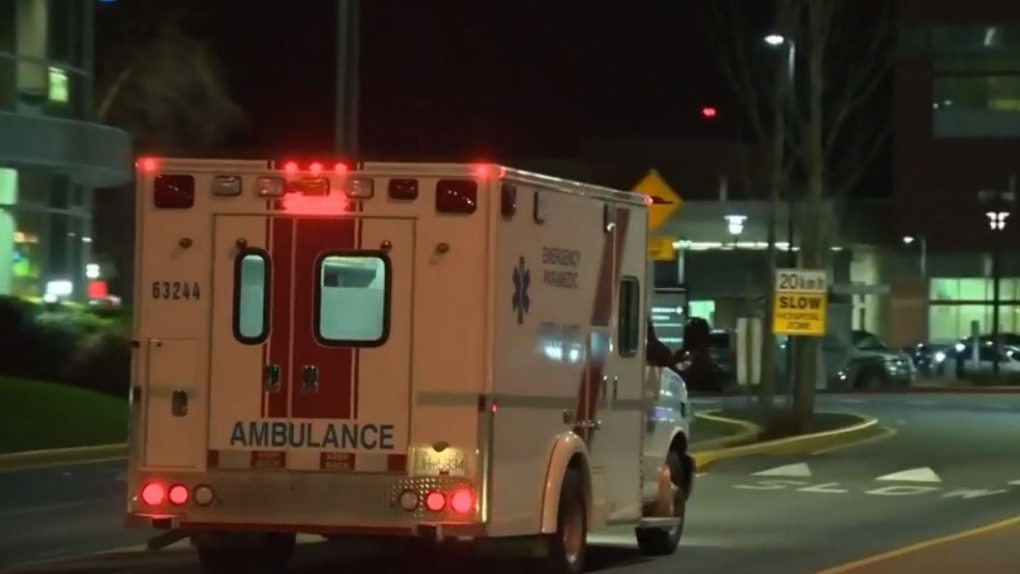 Victoria police say a woman was arrested after she tried to interrupt paramedics from treating someone who was suffering from an overdose, and after she allegedly assaulted a VicPD officer.

Police say they were called to the 900-block of Pandora Avenue around 7:50 p.m. Sunday to help paramedics revive someone suffering from an overdose.

When officers arrived, they found several people watching the paramedics work, including a woman who stepped out from the group and tried to push a paramedic away and stand overtop of the patient, police say.

An officer then grabbed the woman by the arm and moved her away from the scene while paramedics continued to work.

Police claim the woman continued to say that she wanted to stop the paramedics while the officer attempted to de-escalate the situation and ask the woman what her concerns were.

"The woman again attempted to move towards where paramedics were working, so the officer then walked the woman to the corner of Pandora Avenue and Quadra Street," said VicPD in a release Monday.

"The woman then attacked the officer, striking him in the face and knocking his glasses off," reads the release.

Police say the officer "took the woman to the ground" and held her there until more officers arrived and helped take her into custody.

The woman was taken to VicPD cells and was later released with a future court date. She was not injured during the arrest, police say.

Meanwhile, the officer completed his shift, though he did suffer from non-life-threatening injuries and his glasses were damaged, police say.

Paramedics were also able to revive the person who was overdosing, according to VicPD.

Anyone with information on the incident is asked to call Victoria police at 250-995-7654.