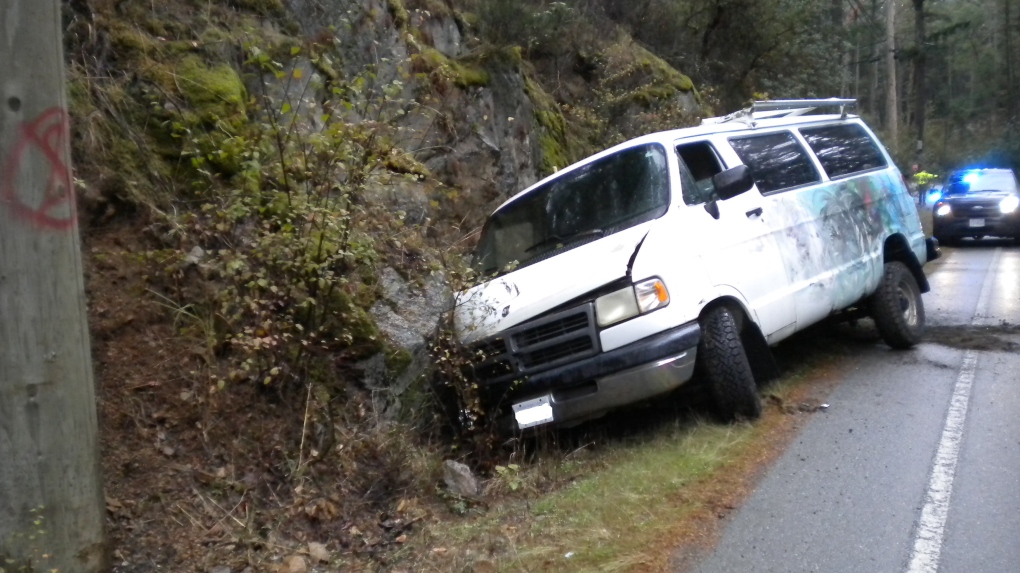 A police service dog helped track down a woman who reportedly crashed a stolen vehicle in the Highlands area on Wednesday morning.

West Shore RCMP say they received a report of a single-vehicle crash on Millstream Road near Lost Lake Road around 9:30 a.m.

Witnesses told RCMP that the driver, a woman, seemingly fled the scene uninjured and provided police with a "detailed description" of her.

Mounties began to search for the driver and quickly determined that the vehicle involved in the crash, a white Dodge van, was reported stolen out of Victoria.

Eventually, police were able to track down the driver with the assistance of police service dog Halla. The woman was reportedly found hiding in a wooded area beside a nearby roadway.

"This woman, 27-year-old Audrey Moffatt, was subsequently arrested and was held for a telebail where she was charged with possession of stolen property and breach of probation as she was bound with conditions to not be in a motor vehicle," said Const. Alex Bérubé of the West Shore RCMP.

Police say the investigation is ongoing. Anyone with information on the crash is asked to call West Shore RCMP at 250-474-2264.