Woman, 62, dies after being struck in Saanich intersection 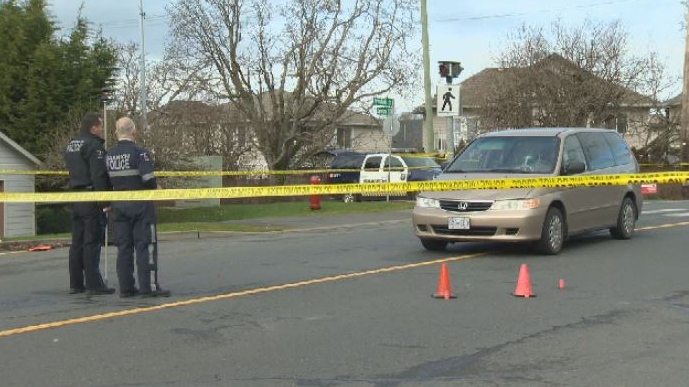 A woman struck in a Saanich intersection on the weekend has died from her injuries, according to police, Monday, Feb. 4, 2019. (CTV Vancouver Island)

A pedestrian struck in a Saanich intersection on the weekend has died of her injuries, police say.

The 62-year-old woman was struck at 8:30 a.m. Saturday in the intersection of Tyndall Avenue and Kenmore Road.

She was crossing Tyndall Avenue and appeared to be in a marked crosswalk when it happened.

The woman was transported to hospital with critical injuries. Police say she succumbed to her injuries at 10:30 a.m. Monday.

"Her identity will not be released at this time as the investigation continues in the cause of this tragic crash," said Saanich police spokeswoman Sgt. Julie Fast.

The driver of the vehicle that struck the woman remained at the scene and has been fully cooperative, according to police.