Woman, 29, sent to hospital after car flips off highway near Courtenay

A 29-year-old woman was sent to hospital following a Thursday morning crash near Courtenay, B.C., that landed her vehicle in a precarious position.

The incident happened around 7 a.m. when RCMP say the woman was heading northbound along the Inland Island Highway just south of the Buckley Bay exit. Her vehicle left the roadway and ended up nose down in some trees. 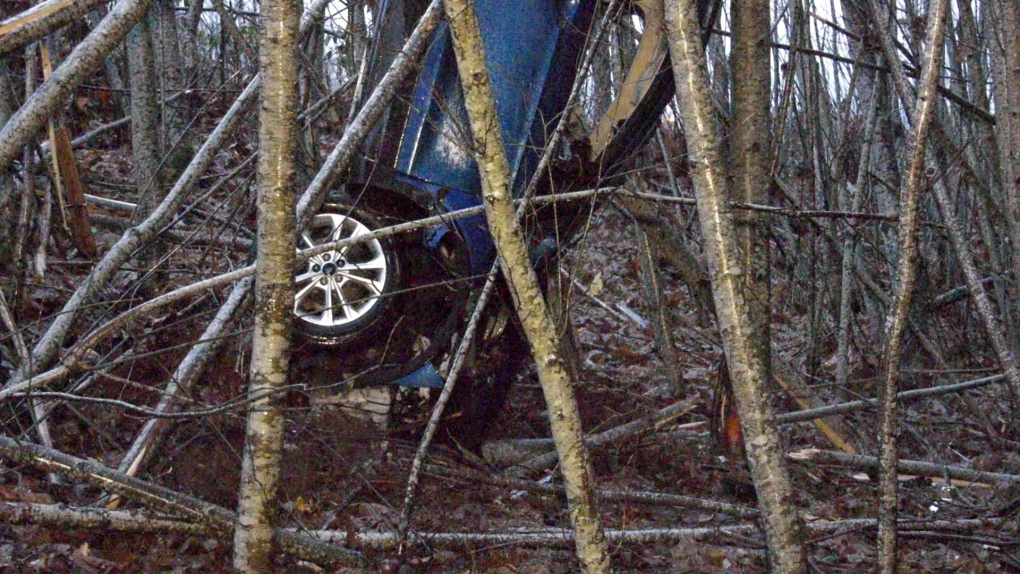 The highway was dark and rain was falling when, according to police, a witness following behind the vehicle saw her lose control and go over an embankment on the right side of the highway.

The woman was transported to hospital with undetermined injuries after being assisted out of the vehicle by a passing motorist.

Deputy Fire Chief Craig Windley of Cumberland Fire Rescue says the original call was that the vehicle was stuck up in the trees, but it turned out to be better than he first feared.

"We have seen them in the trees before, this one was a little different," he said. "It was on its nose standing upright against the tree. Her roof was up against the tree. It was secure and there was another fellow that stopped and helped the lady out of the vehicle."

Police say drugs and alcohol don't appear to be factors in the crash. They are reminding drivers to slow down in wet road conditions.