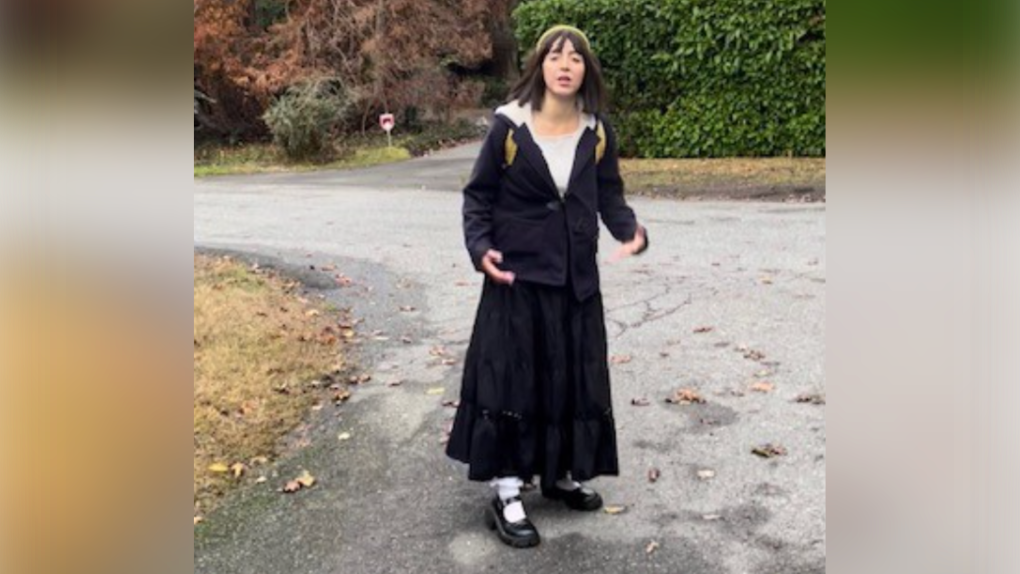 Police said Tuesday that several tipsters came forward and investigators were able to identify the woman on Nov. 19. She has been charged with assault, police said. (Oak Bay police)

A 23-year-old woman has been arrested and charged with assault after she allegedly tried to push her way into the home of an 85-year-old man in Oak Bay, B.C.

The incident happened around 8:30 a.m. on Nov. 3 in the area of Hall Road. The senior answered a knock on his front door believing it was someone delivering his newspaper.

When he opened the door, he was confronted by a woman who announced, "I am coming in," according to the Oak Bay Police Department.

The man protested and a struggle ensued, resulting in the man being pushed down his front steps, police said.

A neighbour who heard the commotion rushed to the senior's aid and helped steady him, police said in a Nov. 11 release seeking help identifying the perpetrator.

The woman fled on foot and was chased a short distance by a neighbour, who captured a photo of her before calling police.

Police said Tuesday that several tipsters came forward and investigators were able to identify the woman on Nov. 19.

She has been charged with assault and is scheduled to appear in court in 2023, police said.