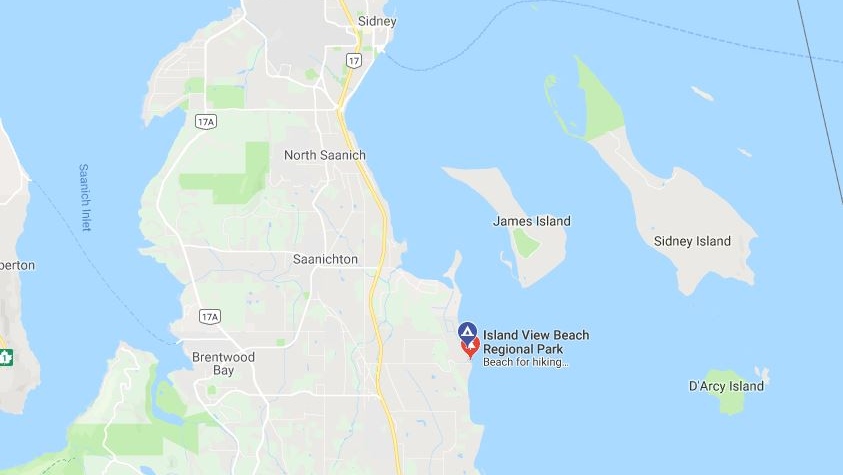 Anyone with information about the incident is asked to call Central Saanich police at 250-652-4441. (Google Maps)

Central Saanich police are looking for witnesses after a man reportedly fired a pistol several times at a local beach.

Officers arrived at Island View Regional Park at approximately 6:30 p.m. Thursday after reports that a man was shooting a gun at the beach.

“We were called to what appeared to be a male shooting with what looked to be a pistol into the direction of the water," said Const. Richard Li.

"That male was taken into custody. A firearm was seized which turned out to be a starter pistol."

The suspect was later released on a promise to appear.

Several beach-goers reportedly witnessed the shooting and fled the scene before police arrived.

Investigators are now hoping to speak with those witnesses.

Anyone with information about the incident is asked to call Central Saanich police at 250-652-4441.