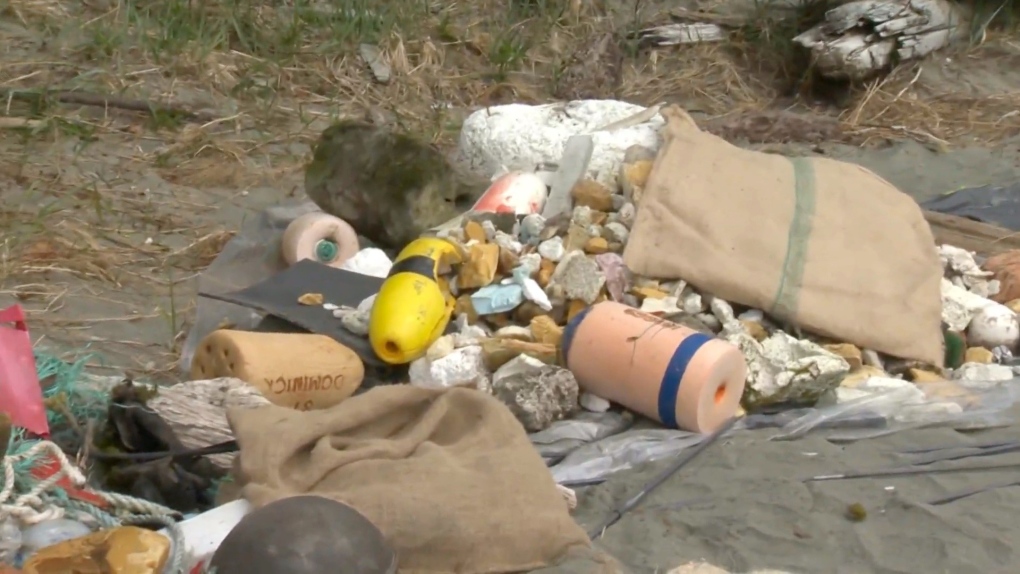 A group of wildlife tour operators on Vancouver Island have banded together to help extend their season while cleaning up the environment.

The operators have created the “Clean Coast, Clean Waters” initiative, which hopes to collect 90 tons of debris in 90 days from an area extending from Comox to the Discovery Islands.

"This is going to be primarily marine debris, so marine plastics, ropes, derelict pieces of styrofoam out of docks that have been let go or washed away in storms," says Bill Coltart, president of the Campbell River Association of Tour Operators.

Coltart says the group did an initial assessment around the region frequented by whale- and bear-watching companies to get an idea of where cleanups need to occur. He says local companies are ideally equipped to handle the task.

"Campbell River is pretty central within the project itself,” he says. “We've got a marine terminal here that we're able to use a landing craft to bring in super sacks, we'll have large 4x4x4 sacks that will come off the landing craft and be able to be off-loaded onto our marine terminal and then processed there.”

The association has received $767,000 from the provincial government as part of the effort to clean up shorelines from Victoria to the north coast.

"A lot of that falls under a youth employment initiative, so we're going to be looking to hire youth under the age of 30 to do both the beach cleanup portion with us as well as the recycling and sorting back at our marine terminal," Coltart says.

In addition to students, the project is also hoping to utilize at least 60 volunteers from the public, as well as area companies looking to get involved.

Coltart is predicting the project will extend the wildlife tour season for the companies involved, taking it beyond the six to eight weeks it had been reduced to by the lack of international visitors.

The association's secretary Cathy Kaardal says the group put out “feelers” into the community last week about the project and there has already been a tremendous response.

"Immediately, we got people that had been involved in other cleanup projects wanting to jump on board,” Kaardal says. “They'd noticed the mess that we had we had around this area and around Discovery Islands and how beautiful it is and they wanted to help out.”

Noting that many communities do cleanups along their immediate shorelines, Kaardal says this is the first time the public has been given the chance to travel on whale- and bear-watching vessels to do such efforts.

Individuals or companies looking to get involved in the effort can contact Kaardal by emailing campbellrivertours@gmail.com.

Pfizer has asked Health Canada to approve the first COVID-19 vaccine for children aged five to 11 years old. It was authorized for people at least 16 years old last December, and for kids between 12 and 15 in May.

Alberta's two major cities were voting for new mayors during municipal elections Monday after being led by Naheed Nenshi in Calgary and Don Iveson in Edmonton for multiple terms.

Pattie Lovett-Reid: Talking about finances may not be romantic, but is necessary

Having a clear and honest discussion about your financial situation and money mindset before you walk down the isle just seems to make sense, but it isn't always easy, CTV's chief financial commentator Pattie Lovett-Reid writes in her latest column on CTVNews.ca.

Trudeau's visit to Kamloops is 'bittersweet,' Calgary and Edmonton elect new mayors, and parents consider vaccines for their kids. Here's what you need to know today.

After heartbreaking and revealing details about the circumstances of her death were announced to the public, Gabby Petito's parents are finally bringing home the remains of their 22-year-old daughter.