Tens of thousands of BC Hydro customers across Vancouver Island were without power Wednesday as Environment Canada forecasted wind gusts over 100 km/h.

Environment Canada says very strong southeasterly winds will shift to southwesterly winds by the afternoon and carry into the evening.

With strong winds battering the east coast, the City of Nanaimo closed all its municipal parks just after noon due to concerns about falling debris and trees.

"Please stay away from all treed areas while high winds persist," said the city in a social media post.

The city's fears are not unfounded. On Wednesday afternoon, two large trees were filmed falling onto a home in Nanaimo.

The Nanaimo Aquatic Centre was also closed due to a power outage Wednesday afternoon.

Winds toppled a tree on the Patricia Bay Highway near Elk Lake in Saanich before 10 a.m. The B.C. Ministry of Transportation warned of traffic delays in the area as crews cleared the debris.

A cruise ship that was due to arrive at Victoria's Ogden Point Wednesday evening was cancelled due to the dangers of high winds. 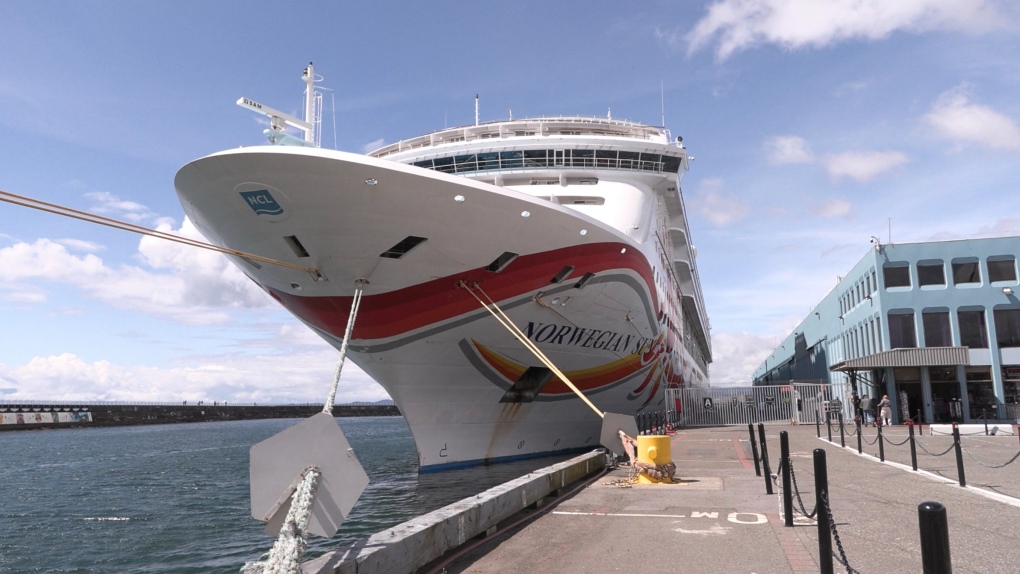 The Norwegian Sun is pictured docked at Victoria’s Ogden Point on May 9, 2022. (CTV News)

Brian Cant with the Greater Victoria Harbour Authority said the decision to cancel the arrival was made by the operators of the Norwegian Sun.

"It needs to be safe for a vessel to tie up at a pier," Cant said in an email to CTV News.

Harbour Air Seaplanes, which operates out of the Victoria Inner Harbour, also warned of delays and possible cancellations due to stormy conditions.

Roughly 50,000 BC Hydro customers were without power on Vancouver Island and the nearby Gulf Islands Wednesday afternoon.

BC Hydro reported more than 25,000 customers in the Victoria and Gulf Islands region were without power as of 4:30 p.m., while nearly 24,000 more were without electricity on the North Island.

The energy provider says some customers should expect to be without power overnight.

"Crews have made good progress through the day, but due to fallen trees, road access has made it challenging for our crews," said BC Hydro in an update Wednesday afternoon.

"All available crews will be working through the night to restore power to affected customers but we expect small pockets of customers on the Gulf Islands and Duncan to be without power overnight." 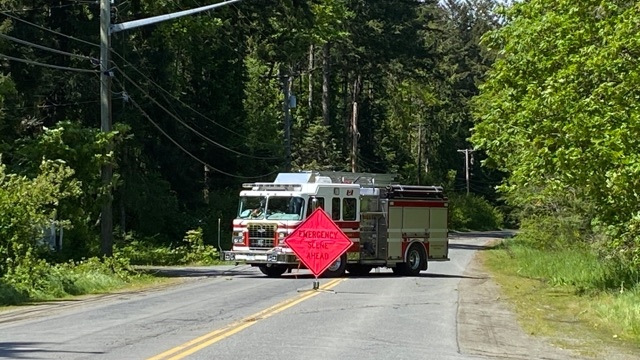 Environment Canada says residents should be prepared for potential damage.

"High winds may toss loose objects or cause tree branches to break," warned the weather agency.

"Be prepared to adjust your driving with changing road conditions due to high winds. Avoid wooded areas to prevent injury from falling trees or branches," added Environment Canada. "Campers should move to sturdy shelters."

NATO secretary-general Jens Stoltenberg said Monday that the military alliance will increase the size of its rapid reaction forces nearly eightfold to 300,000 troops as part of its response to an "era of strategic competition."