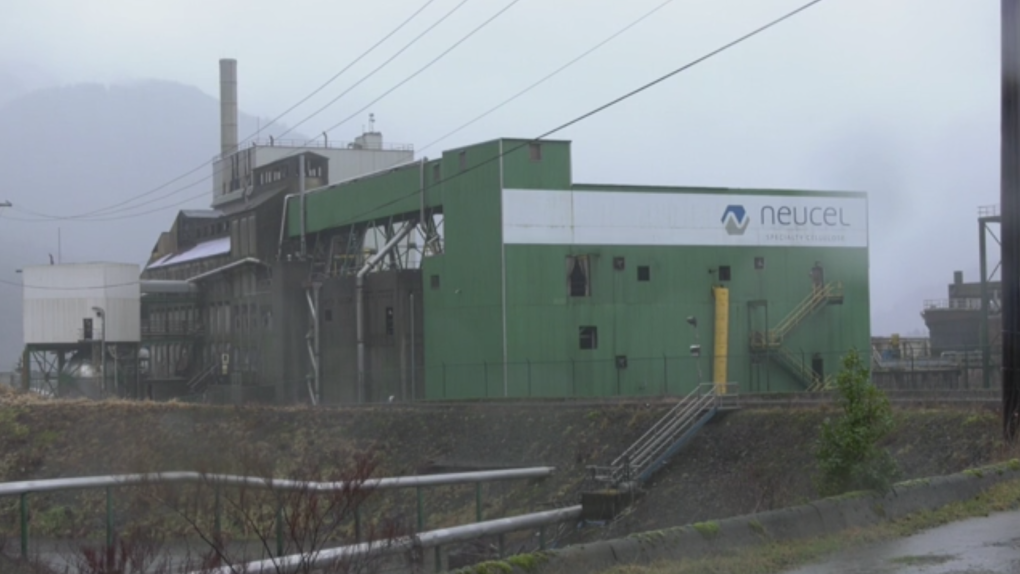 The Neucel pulp mill in Port Alice ceased full operation five years ago, but residents of the small community on the north end of Vancouver Island say the facility is still plaguing them. (CTV)

VANCOUVER -- The Neucel pulp mill in Port Alice ceased full operation five years ago, but residents of the small community on the north end of Vancouver Island say the facility is still plaguing them.

The provincial Ministry of Environment and Climate Change Strategy says the site is in derelict condition, with multiple environmental hazards present.

The mill closed permanently in 2019, but had been dormant for four years before that. Residents say the Chinese company that owns the facility vanished without paying final severances, leaving a mess behind.

"Where's the accountability of the company that came here and took all the jobs from the hard-working people of the North Island?" asked resident Marnie Chase Friday.

The ministry has hired a contractor to handle the clean-up at the mill site, where a water tank can be seen on the verge of collapse and a pond nearly overflowed into the nearby inlet - before crews pumped water out of it.

Local residents say former mill workers should have been the ones hired to do the job, which they estimate has already cost more than $10 million.

Port Alice Mayor Kevin Cameron told CTV News Vancouver Island he has been told that the owners of the mill will be sent a bill for the clean-up, but said he's not confident that will happen, or that they'll pay.

"It's tragic that something like this could happen in today's world, that there's not corrective measures in place, under government rules, that would prevent this," Cameron said.

Locals said they want representatives from the ministry and their local MLA to appear before them to answer questions about how the clean-up and the billing are being handled.