'What is this town coming to?': Man arrested in Comox Valley after vehicles smashed with axe, business egged

A man who the RCMP had warned the public to be on the lookout for was arrested Thursday morning after taking an axe to a parked vehicle in the Comox Valley.

Alicia O’Quinn was standing inside the Tim Horton’s on Ryan Road in Courtenay, B.C., ordering a coffee when she glanced outside to see a man with an axe approach her parked minivan.

She quickly recalled news articles she had seen online about a man who had recently smashed a vehicle with an axe.

"I was like, 'Oh my god that’s the guy and he’s going to destroy my vehicle!'" O’Quinn told CTV News on Thursday.

And destroy it he did. The 2002 Toyota van now has a smashed windshield, hatchet marks on the side doors, and missing head- and taillights. 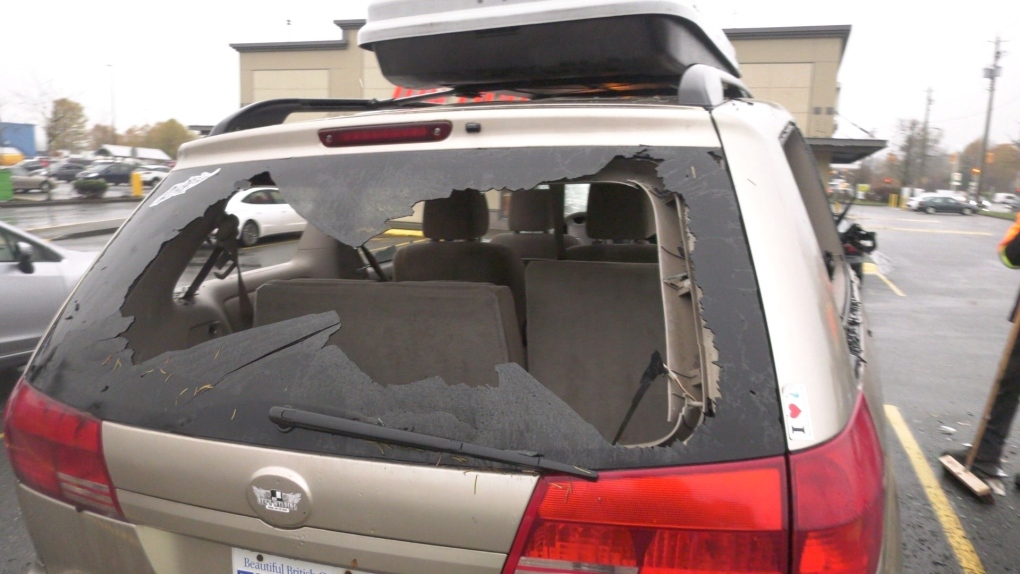 "It was very methodical," O’Quinn said. "He just went by continuously hitting different places of the van."

"At one point he stopped and he turned and he saw us looking at him and did a little dance and proceeded to hit it a couple more times," she said.

O’Quinn says the attack appeared completely random and she had no previous dealings with the man. She saw him drive away as staff inside the doughnut shop called 911.

Wayne Murphy was one of several witnesses of the disturbing incident that happened in the parking lot of the restaurant.

"The guy just showed up in his car, a blue Honda, and just got out and just started smashing the vehicle with an axe," Murphy said. 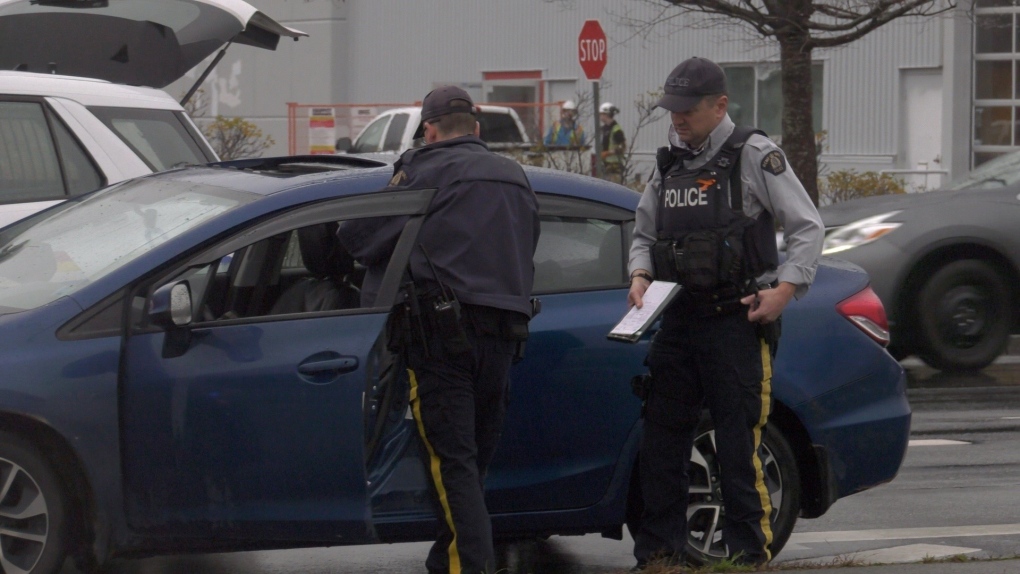 Rob Kasper was another witness.

"He just grabbed an axe and went around it. I heard the initial thumping of it and I just said, 'Stay in the truck,'" he said.

Kasper says when the driver drove away from the scene he was gesturing "gang signs" out the window.

"I’m not sure how that was related but it was kind of scary actually," he said.

The axe-wielding motorist only got a short distance away before he was stopped by multiple RCMP vehicles at the intersection of Ryan Road and Highway 19A.

Ed Norman was driving directly in front of the Civic and was waiting to turn left at the intersection where the arrest took place. As soon as he started moving, he saw five or six RCMP vehicles quickly surround the Honda.

"Cops came from every angle and just closed him in," he said. "The door on the car was wide open. I never really got to see too much of it but it was pretty intense – guns drawn – it was quite the ordeal." 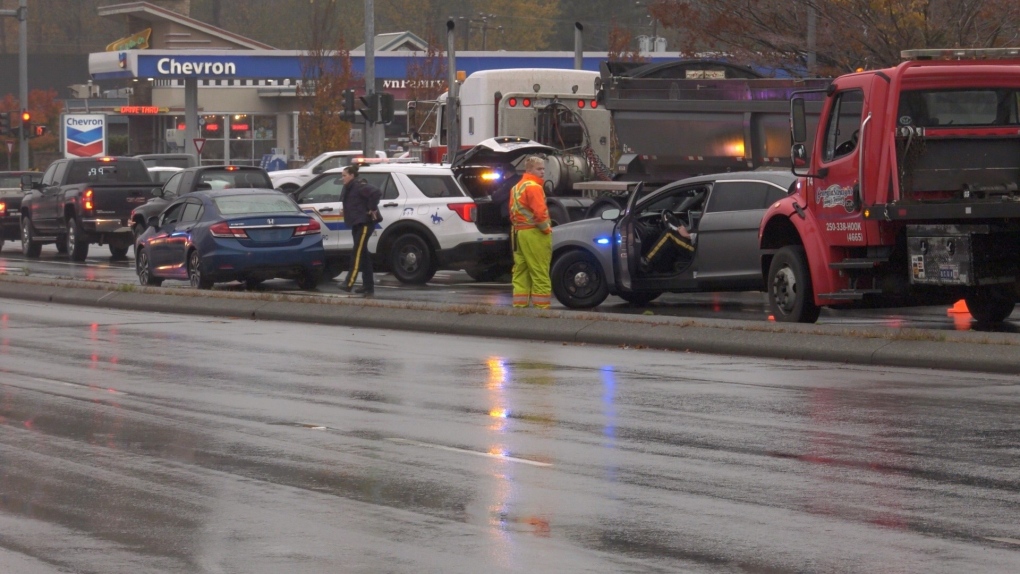 RCMP arrested a man accused of taking a hatchet to several vehicles in the Comox Valley: (CTV News)

O’Quinn is now left with trying to figure out how to deal with the transportation needs of herself and her four children.

RCMP had been looking for the 2013 Honda Civic with Nova Scotia licence plate GTC 968 after the driver was accused of taking a hatchet to a side mirror of a carpet cleaning van at the intersection of Cliffe Avenue and 17th Street on Wednesday.

The 33-year-old man is believed to be the same individual who went on an egg-throwing rampage at a Campbell River cell phone store on Oct. 16.

"When I was reading the article on the internet I said to myself, 'What is this town coming to?' And then this happened to me today," said O’Quinn.