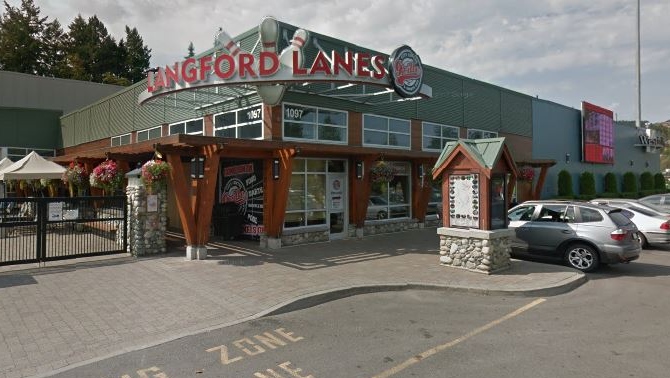 Langford Lanes is shown in an undated Google Maps image.

A 20-year-old man has been arrested in connection with a stabbing at Langford Lanes bowling alley.

Police say an altercation between two men who knew each other left one of them with stab wounds to his upper body on Saturday.

The attacker fled the scene before police arrived while the victim was rushed to hospital in serious but stable condition.

Mounties weren't able to find the suspect in an immediate search of the area, but they eventually tracked him down after gathering further evidence.

The suspect, 20-year-old Austin Bonner, has been charged with aggravated assault, according to West Shore RCMP. He was held in custody overnight and has since appeared in Colwood Provincial Court.

Investigators are still working on the case and interviewing potential witnesses. Anyone with information is asked to call West Shore RCMP at 250-474-2264 or Crime Stoppers at 1-800-222-8477.