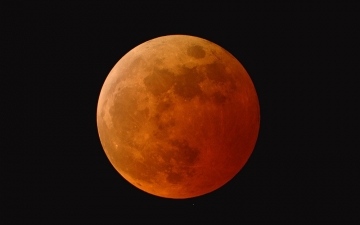 Tonight’s total lunar eclipse promises to be impressive, as long as the weather doesn’t cloud your view. While lunar eclipses happen several times each year, this one is rare because the Earth will cast its entire shadow on the full moon as it passes between the moon and the sun.

When the moon is covered by the darkest part of the Earth’s shadow, it will dim and turn a coppery-red colour.

Why red? Any light from the sun has to pass through the Earth’s atmosphere in order to hit the moon. Due to the fact that our atmosphere scatters blue light the most, most of the light that makes it to the moon to be reflected back is red.

Tonight’s lunar eclipse kicks off a tedrad – a series of four total lunar eclipses over the next two years and it’ll be visible for about 1 hour 20 minutes. Over Vancouver Island, clouds will increase throughout the evening, but the sky shouldn’t be completely cloudy until after midnight. Hopefully you’ll catch a glimpse of the red spectacle!

According to www.dateandtime.com here’s what you’ll see tonight (all times local for Vancouver):

If you miss tonight’s show, the next total lunar eclipses are October 8, April 4, and September 25. Send your photos of the blood moon to islandweather@ctv.ca. I’d love to see them! 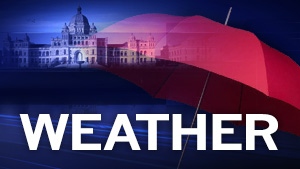 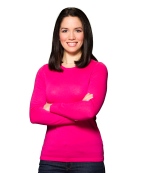