'We just love him so much': Lost family tortoise found on Vancouver Island

'We just love him so much': Lost family tortoise found on Vancouver Island

After a five day adventure, a roving reptile is back at his home in Metchosin, B.C.

On Friday, Vonu the wandering tortoise received a little R&R after escaping from his enclosure on Sunday.

His owner, Erica Makofka, says she's not sure where he went on his travels, but she assumes the 40-something-year-old just went for a walk around his rural neighbourhood.

"I got the call at 11 o’clock at night and then I couldn’t sleep because I was excited," said Makofka.

"But everybody else was asleep so I couldn’t go get him at that time, so I had to wait until the morning to grab him," she said.

Makofka says that tortoises can live for years, and that she hopes Vonu will be a member of the family for years to come.

"You know, he’s our only family pet and we just love him so much and I’m hoping that he’s going to be old enough that the kids can take him to their families," she said.

"He’s going to be a longstanding pet in this family."

Makofka says she may take the advice of CTV News' Jordan Cunningham, who suggested putting a bell on the pint-sized wanderer. 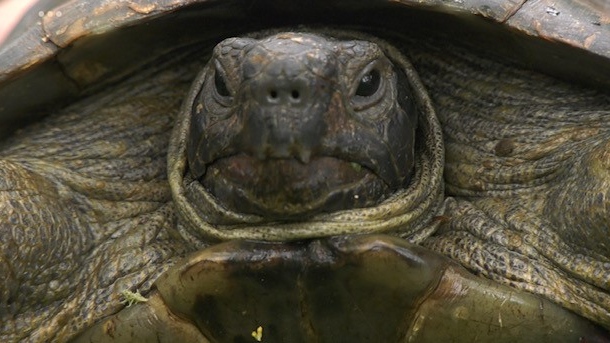