'We are not giving up': Search for Cowichan man swept into river continues 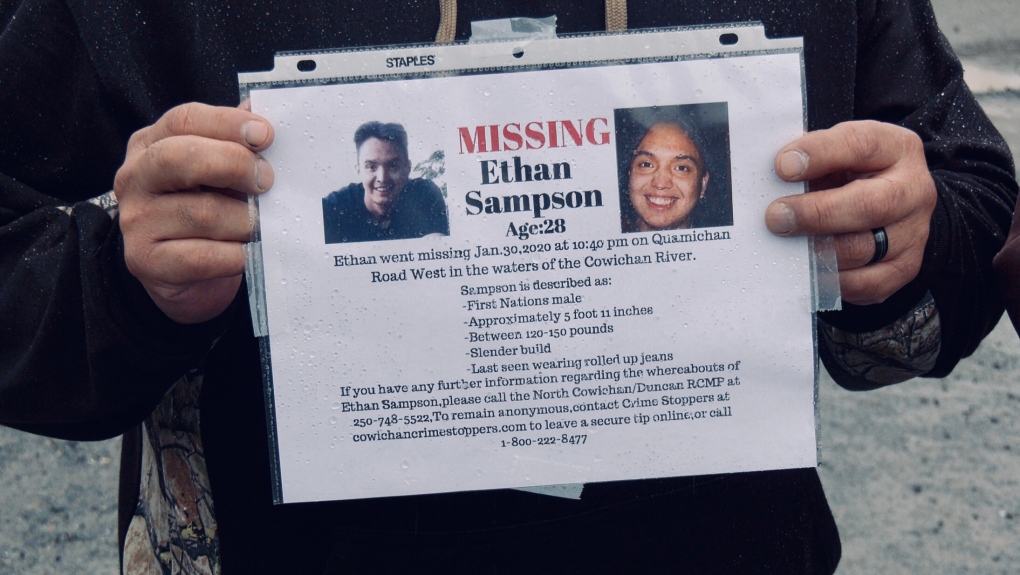 COWICHAN TRIBES, B.C. -- The search for 28-year-old Ethan Sampson has reached its sixth day near the Cowichan River.

“We are not giving up and hope he comes home safe,” says Ethan’s uncle, Charles Harris.

Family say that someone saw him fall into the fast-moving Cowichan River before he was swept away.

A Facebook page has been set up to give the latest information on search efforts.

Upwards of 80 volunteers came out Tuesday to search the banks of the river where he was last seen.

“We’ve been searching night and day,” says Ethans dad, Darrick Sampson. “From the night he disappeared and people are still going out til five o’clock in the morning.”

Ethan Sampson is described as a 28-year-old Indigenous man, approximately 5' 11" tall, weighing between 120 and 150 pounds. He was last seen wearing rolled-up jeans.