'We are just assuming everybody has it': Construction companies call for more COVID-19 testing 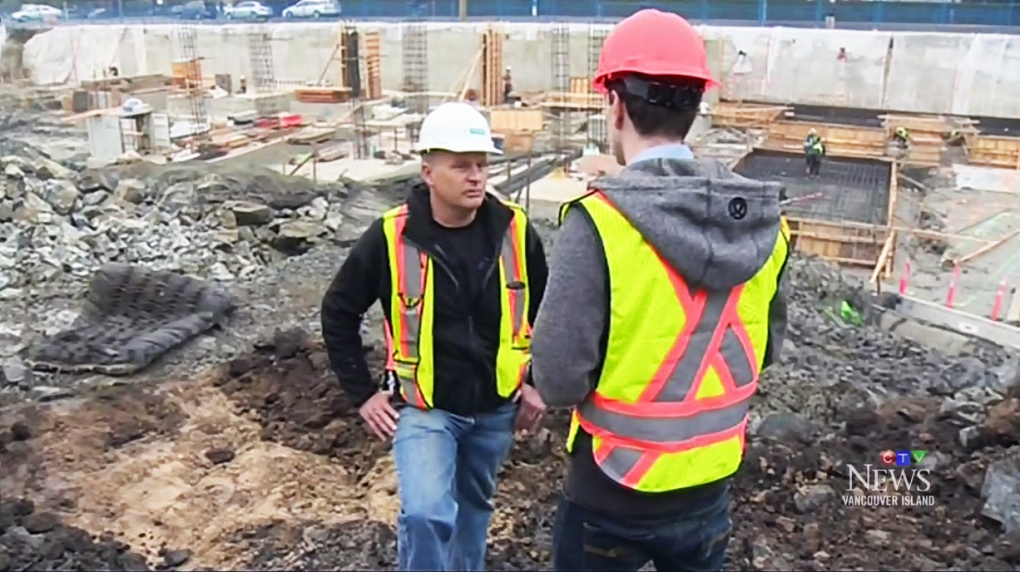 Workers are seen at a construction site in Victoria in this file photo from 2015. (CTV)

VICTORIA -- Construction in Victoria is carrying on despite a global pandemic, and local companies are sounding the alarm, calling for employee testing.

The owner of Rob Tournour Masonry Limited wants to keep his employees working, but has concerns about their health.

“It’s a tough feeling,” said Rob Tournour. “It’s hard to speak out against my peers. I think we should be shutting down for a little while. It’s a difficult spot to be in.”

An employee self-reported his symptoms to Tournour on Monday and stayed home from work.

“On Tuesday, he called in and was experiencing significant flu symptoms and a temperature,” Tournour said.

Banyan Construction superintendent Kevin Tafts said the company has had a number of employees sick.

“We are just assuming everybody has it and everyone is spreading it and we are doing everything we can to stop the spread,” he said.

Tafts said it is difficult to know if a person has COVID-19 because workers have not been able to get tested.

“We want everyone tested … or at the very least the ones that are sick so we know if there is a risk to the people they are working with, because at this point we just send them home,” said Tafts.

B.C.’s provincial health officer Dr. Bonnie Henry responded to their concerns on Wednesday by saying there is an assesment process before testing can be done.

“There is a process that involves being assessed (to determine) whether testing is needed and it depends on the symptoms,” said Henry.

The Vancouver Island Construction Association said right now is a tough and changing time, but it is following the advice of Henry.

Tournour said when his employee called 811, he was told to self-isolate and that testing was not available to him.

“What that means is the other crew members that worked with him now have to socially isolate,” said Tournour.

He said his employee self-reported it, but is concerned other people might not be so forthcoming.

“There are tens of thousands of workers and if they don’t report right away the virus could spread through a job site and it will be too late,” said Tournour.

Clients are constantly reminding construction companies to stay on top of projects, but Tafts said that’s a challenge when companies are working with lower staff levels.

“We are down to a third of our employees,” said Tafts.

Some construction companies are taking extreme measures, such as bleaching equipment and installing hot water stations.

“We want to make sure everyone is able to go home to their families every night,” said Tafts.