'We are diverting 95 per cent of material from the landfill': Victoria pens new bylaw to support green demolition

VICTORIA -- The City of Victoria is actively working to break down walls for an industry that literally breaks down walls.

Demolition crews in the Capital Region traditionally mow down homes and older buildings with massive cranes and backhoes, but now a new disruptive movement in the field has caught the attention of city council and environmentalists.

In a haze of dust, reflective vests and hard hats, Corneil's sizeable crew uses hand tools to cut apart the bones of an old Victoria character home on Cook Street.

The site at 1015 Cook St. is slated to become a new multi-unit development with ground level commercial opportunities. 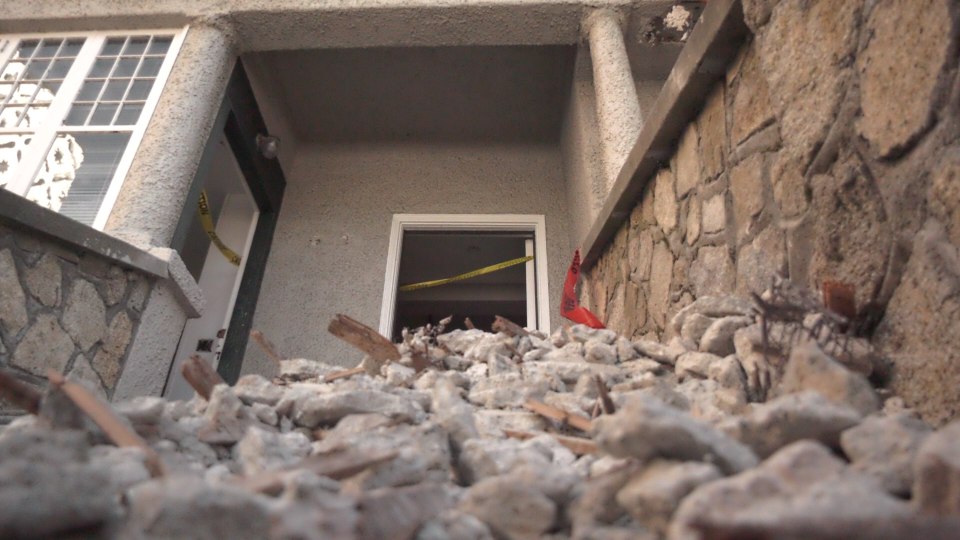 First, though, a new way of dismantling the existing building is being used as an example of how environmentally friendly demolition can be.

"We are diverting 95 per cent of material from the landfill," said Corneil.

"If we took extra time, really 99 per cent of those materials could be diverted," he said.

Unbuilders specializes in a slow but sustainable method of tearing down walls.

The company's goal is to either reuse or recycle almost every piece of construction waste.

It's more costly and it's a slower demolition process for normally time-strapped construction contractors, but it's a method the City of Victoria is getting behind in a big way.

In December 2020, Victoria council voted to approve an ambitious plan to reduce city waste by 50 per cent by 2040.

"If we diverted all the construction waste currently going into the landfill, that would take us 10 per cent of the way to our targets," said Helps.

In an effort to cut red tape for companies like Unbuilders, city staff are in the final stages of drafting a deconstruction bylaw.

According to Helps, cities like Vancouver have reduced the amount of time it takes to gain permits for work like green demotion, which can reduce costs and bring the work on par with traditional demolition companies.

Council is expected to review the bylaw sometime in 2021.

Unbuilding by the numbers

In an average year, the City of Victoria says between 40 to 60 structures are torn down.

City staff say 80 per cent of those buildings are homes.

Based on research out of Vancouver, which the city of Victoria cites, a typical home would create roughly 100 tonnes of waste which is sent to a landfill.

Considering the low end of Victoria's estimate for yearly demolitions, using a new demolition method could divert roughly 3,200 tonnes of waste from the dump each year.

Adam Corneil is on the forefront of an industry and knows full-well that it will mean growing pains.

"You throw a glass bottle in the garbage, you feel guilty. That is the way we need people to start looking at demolition," he said. "We need this industry and society to shift."

Corneil has seen a slow trickle of business on Vancouver Island, but he expects things to pick up with cities like Victoria and Nanaimo looking to create legislation for green demolition.

The other side of the coin is contractors. Time and money are always a factor, and Unbuilding is currently slower and more costly.

"It's like everything we've done as far as recycle and renewal and going green, it takes time," said Darren Muscoby with Victoria's One Time Construction.

"It starts expensive and then the price always comes down," he said.

Muscoby says small, efficient and cost-effective demolition companies aren't going anywhere fast. But he knows money is a key driver in the business.

He expects if bylaws can even the playing field between the old way and the new, few would not consider recycling over the dump.