'We are all in shock': Suspicious fires tear through Gabriola Island properties

VICTORIA -- A pair of suspicious fires that destroyed a home, a shed and camper van on Gabriola Island over the weekend are prompting concerns among residents that there is an arsonist in their midst.

Firefighters were initially called to a shed fire on a private property in the early hours of Sunday morning. By the time they arrived, the fire had spread to a home on the property. 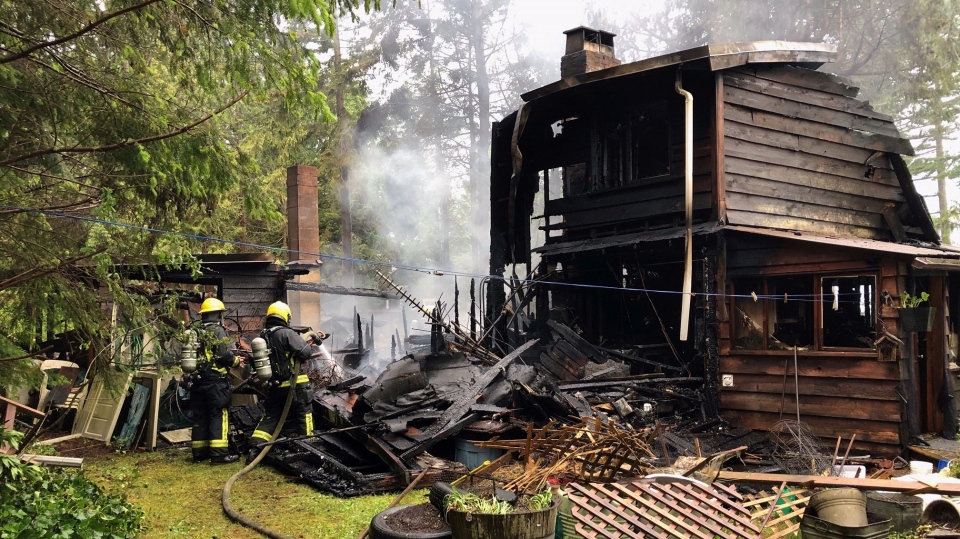 Chief Will Sprogis of the Gabriola Volunteer Fire Department says the house and shed were both destroyed by the flames.

While firefighters were tackling the blaze, reports came in of a camper van on fire four properties away.

Firefighters attended the second scene and extinguished the blaze, however the camper van was also destroyed.

Van owner Jacqueline Windess says she woke up just before 2 a.m. when she heard a siren and then an “explosive bang.”

“I just saw flames and there was this roar of air and the fire went right up over the top of the trees,” Windess told CTV News on Monday. Moments earlier, she said she heard a man yelling.

“Then I heard a second explosion and this time it was on our property,” she said through tears. “The arson had put our camper van on fire.” 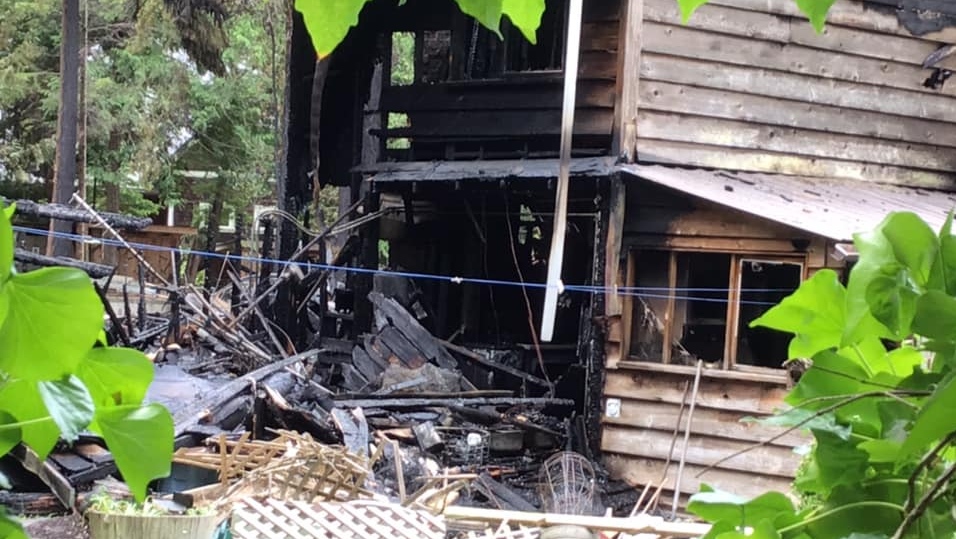 There were no injuries reported in the fires, which Sprogis described as “certainly suspicious” due to their timing and lack of shared ignition source.

The RCMP has taken over the main investigation while the fire department is conducting a separate examination of the cause of the fires, according to the fire chief. 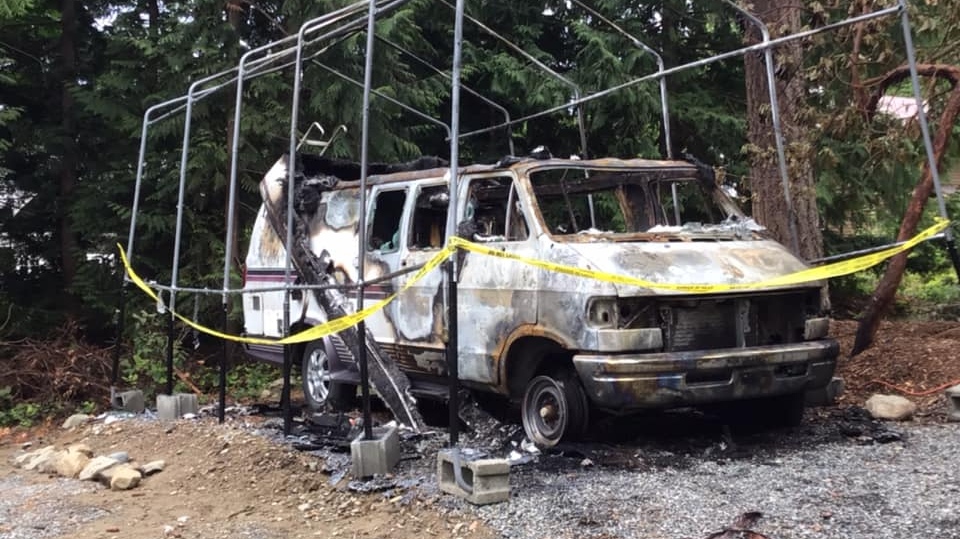 “No one was hurt physically, but we are all in shock,” Windess added. “We know whoever it was wasn’t in a good state of mind and he’s still out there. So I think it’s going to take a really long time for us to feel safe again.”

Windess said a neighbour also reported hearing a man shouting when the fires began. “Shouting that he was looking for somebody and ‘I'm going to get you,’” she said. “And the ranting and really loud swearing.” 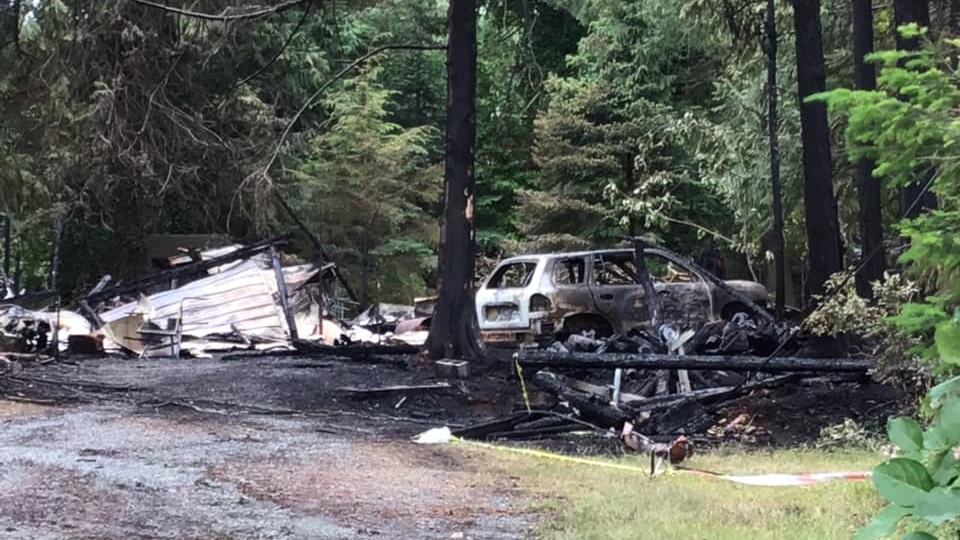 The Gabriola Island RCMP have not yet responded to requests for comment on the fires.

Firefighters are expected to return to the properties Monday to help residents try to recover belongings from the scenes. 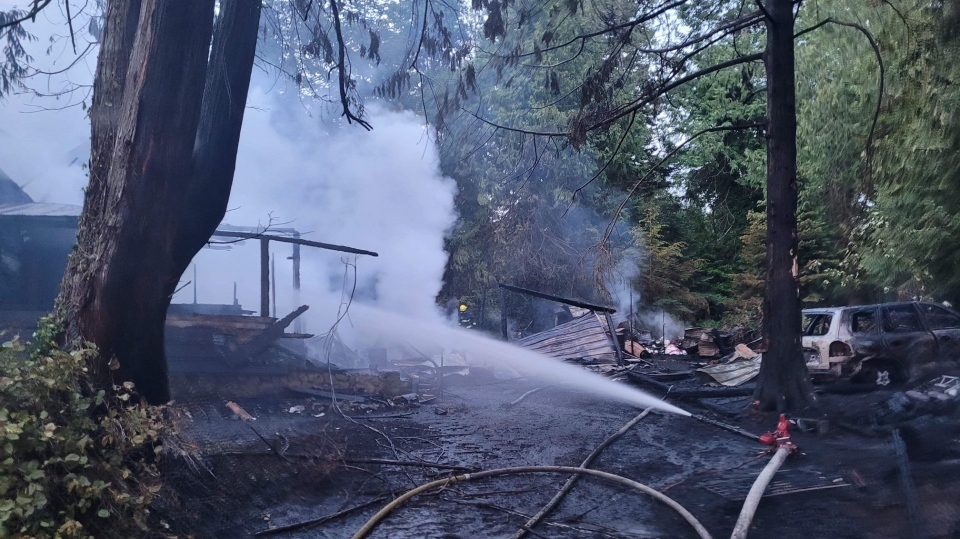