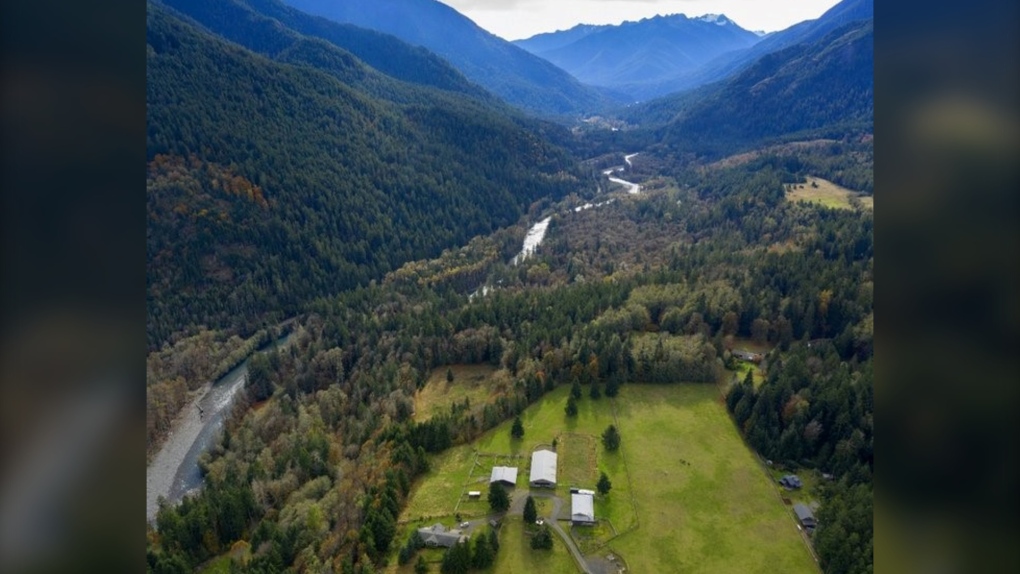 The group hopes to help restore and protect the river, increasing the chinook salmon population for orcas to feed on. Chinook are the primary food source for endangered southern resident killer whales. (Center for Whale Research)

VICTORIA -- The U.S.-based Center for Whale Research has purchased a 45-acre farm surrounding a river the group plans to use to increase the region’s salmon population.

The ranch, located in the Elwha Valley of Washington state, was purchased in October. The stretch of river running through the property is part of the main stream where a majority of the region’s chinook salmon spawn.

The group hopes to help restore and protect the river, increasing the chinook salmon population for orcas to feed on. Chinook are the primary food source for endangered southern resident killer whales.

In 2014, two obsolete hydroelectric dams in the Elwha River were destroyed, allowing salmon to return to the historical spawning grounds.

“The salmon are coming back in greater numbers each year, and in 20 more years, they may reach historical population levels,” says CWR founder and senior scientist Ken Balcomb.

“Restore the ecosystem and the salmon will recover, is the message,” he said. “Unbuild it and they will come.”

Balcomb says approximately 7,400 chinook returned to the Elwha River. That could produce as many as four million chinook smolts, which could in turn bring 80as many as 250,000 returning adult chinook salmon by 2024, he said.

“We at the Center for Whale Research have been only asking for what the whales need,” said Balcomb. “It is disingenuous for political leaders to state that the southern resident orcas' extinction will not be tolerated while at the same time bowing to interests and continuing practices that make their survival impossible. The orcas must eat to survive.”

The farm has been named Big Salmon Ranch.