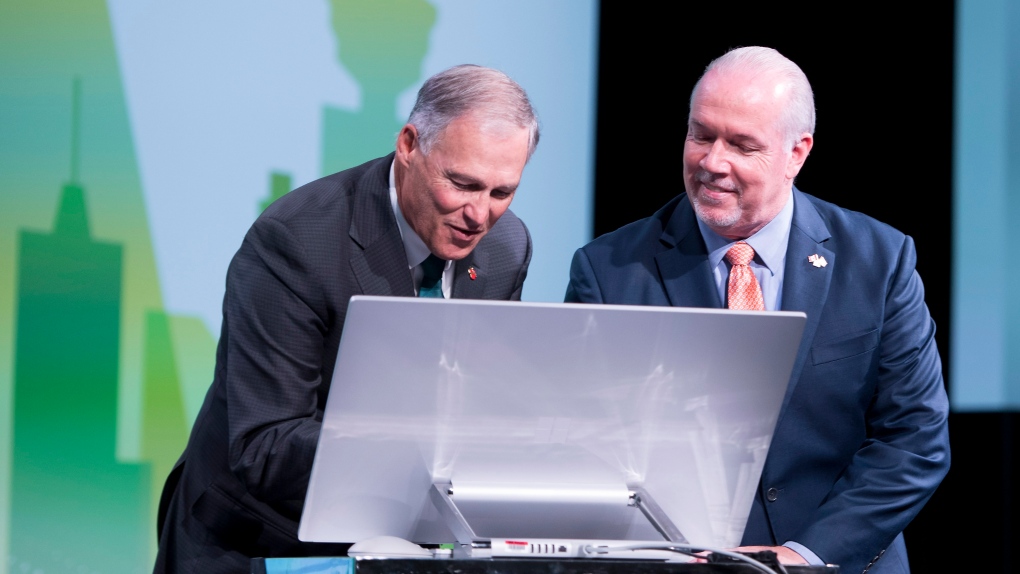 VANCOUVER - Washington state Gov. Jay Inslee has a message of reassurance for Canadians who may fear that legalization of recreational marijuana next week will come with a wave of negative consequences: It's not as bad as you think.

Washington and Colorado became the first U.S. states to broadly legalize recreational marijuana in 2012 and Inslee says few of the concerns expressed at the time became a reality.

Speaking to reporters at the Cascadia Innovation Conference in Vancouver, Inslee said the state has not seen an increase in crime, adverse health impacts or significant usage by young people as a result of decriminalization.

However he said there's a need for more research on traffic related issues, as the state has struggled with impaired driving.

Inslee says they have seen rise in chemicals in drivers' blood streams including alcohol, amphetamines and barbiturates, however there's no evidence that pot is the problem.

Recreational marijuana will be legalized across Canada on Oct. 17.