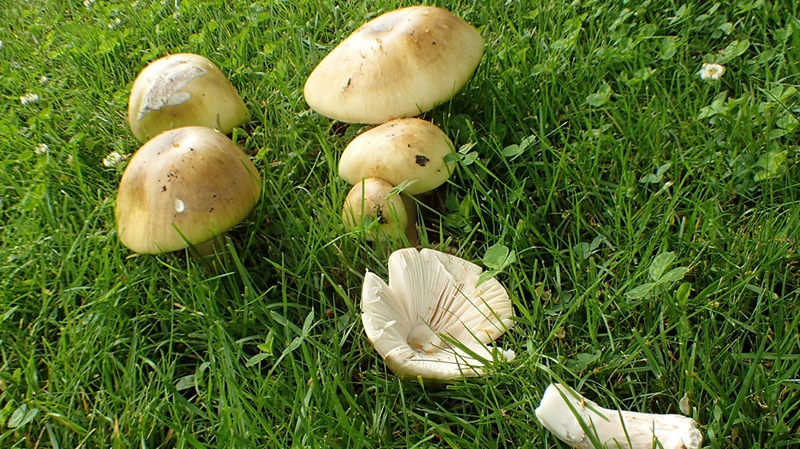 Death cap mushrooms have been observed growing in the Uplands and Cedar Hill neighbourhoods, according to Island Health.

Health officials are warning the public that a potentially lethal species of mushroom is once again popping up in Greater Victoria.

Death cap mushrooms, which are extremely toxic to humans and pets, have been observed growing in the Uplands and Cedar Hill neighbourhoods, according to Island Health.

While the mushrooms usually fruit in the fall, intense lawn watering can cause them to grow earlier.

Last year, more than 1,000 of the mushrooms were found in a period from August to October on public property.

Island Health warns that consuming death cap mushrooms can cause symptoms including nausea and vomiting in the first eight to 12 hours, and can lead to death in 30 per cent of cases.

"Liver transplants are an often necessary life-saving procedure," the health authority said in a statement. "Early treatment in hospital if essential."

In 2016, a death cap killed a three-year-old boy who ate the mushroom after his family foraged it in downtown Victoria.

Anyone who spots a death cap mushroom – which typically grows under various species of imported trees like beech, hornbeam, chestnut and English oak – is instructed not to compost it but instead throw it in their regular garbage using rubber gloves.

More information on the death cap mushroom is available on the BC Centre for Disease Control's website. 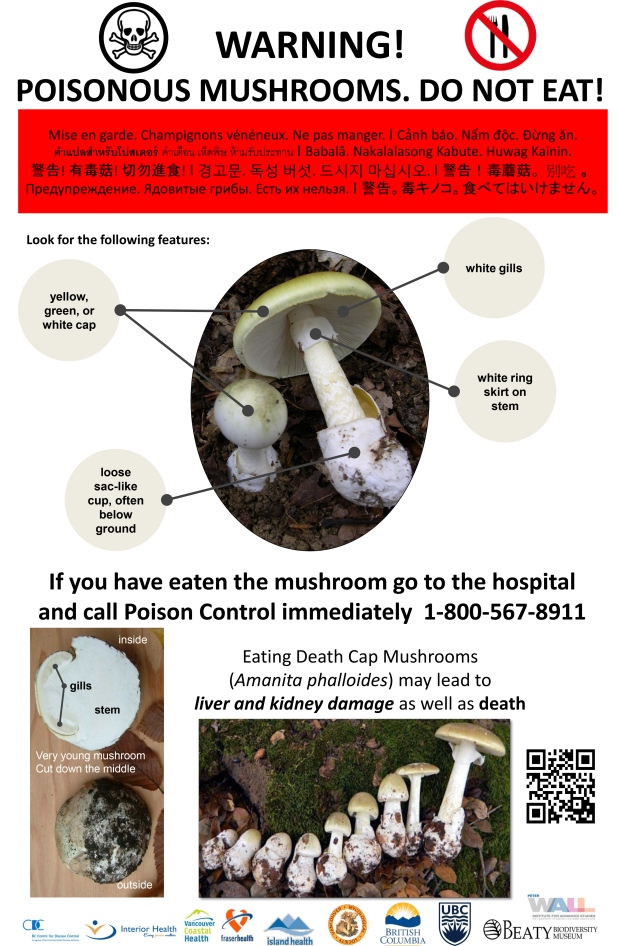