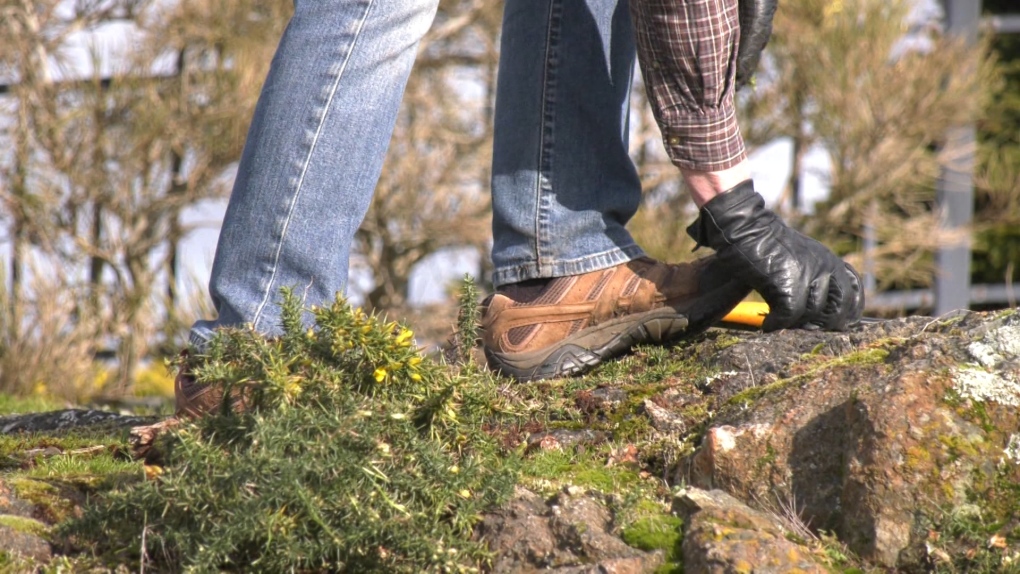 More than a dozen people gathered in Oak Bay's Anderson Hill Park Saturday to take part in a weekly effort to get rid of an invasive plant. (CTV)

VANCOUVER -- More than a dozen people gathered in Oak Bay's Anderson Hill Park Saturday to take part in a weekly effort to get rid of an invasive plant.

The 15 volunteers - many of them members of the group Friends of Uplands Park - spent two hours removing an evergreen shrub known as Gorse from the area.

Friends of Uplands Park President Margaret Lidkea told CTV News Vancouver Island the plant is native to the shores of the Mediterranean Sea, but is considered invasive in many countries around the world, and has been a particular problem in the Victoria area.

"It probably got here by being included with other seeds that were sent over here for the soldiers in Fort Victoria to grow grain for the cattle that they brought in," Lidkea said.

She said the plant is especially detrimental to the Garry Oak ecosystem that is native to Victoria and is among Canada's most biologically diverse.

"Gorse in Uplands Park takes over the area," Lidkea said. "It crowds out the native wildflowers and becomes a dominant part of the landscape, and by doing this it actually destroys the Garry Oak meadow."

The group meets at 10 a.m. at Anderson Hill every Saturday, and meets in Uplands Park on Sundays at 1 p.m. Lidkea said more volunteers are always welcome.