A Vancouver Island man had an unusual birthday wish this year.

Sixty-eight-year-old John Roe wanted help getting rid of an old boat that washed up in front of a home in the Courtenay, B.C., area.

It's one of hundreds of derelict vessels that are impacting local shorelines. So instead of cutting into a birthday cake, Roe and some other volunteers cut into the old boat Tuesday.

"We usually take the day of my birthday to go kayaking or things like that and I thought, well, this year let’s do something different and just wreck a boat," he said laughing.

Roe is part of a non-profit group called the Dead Boats Disposal Society, which clears away derelict boats that wash ashore.

In this particular case, the boat washed ashore in 2017, with no agencies coming to take it away. 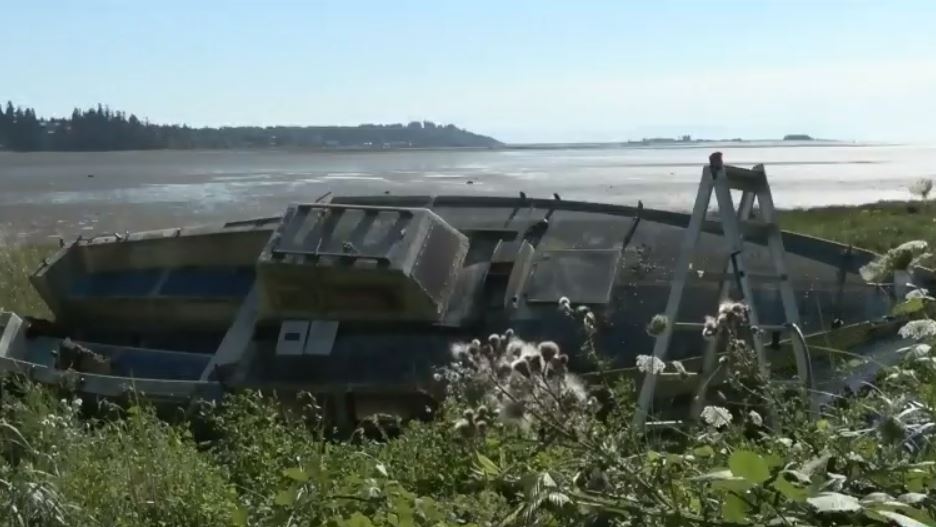 The washed up boat is pictured. (CTV News)

Roe later learned that the boat was stolen from Quadra Island, B.C., back in 2016 and he managed to track down the owners.

"They were quite excited about it until they came down and looked at it," he said laughing. "I never heard from them again. In fact, the phone number doesn't work anymore."

Roe says the Dead Boats Disposal Society has cleared away nearly 200 vessels since it was formed in 2017.

This year, for his birthday, Roe posted on Facebook asking for volunteers to help take the vessel apart.

"I had the day off work so I thought I’d just come in and help out for a few hours," said volunteer Faramir Woiwod.

"I like cleaning up the estuaries, getting rid of a boat that doesn’t need to be there."

There are no birthday hats to be seen, just protective equipment and a willingness to do a small part to help clean the Courtenay estuary. 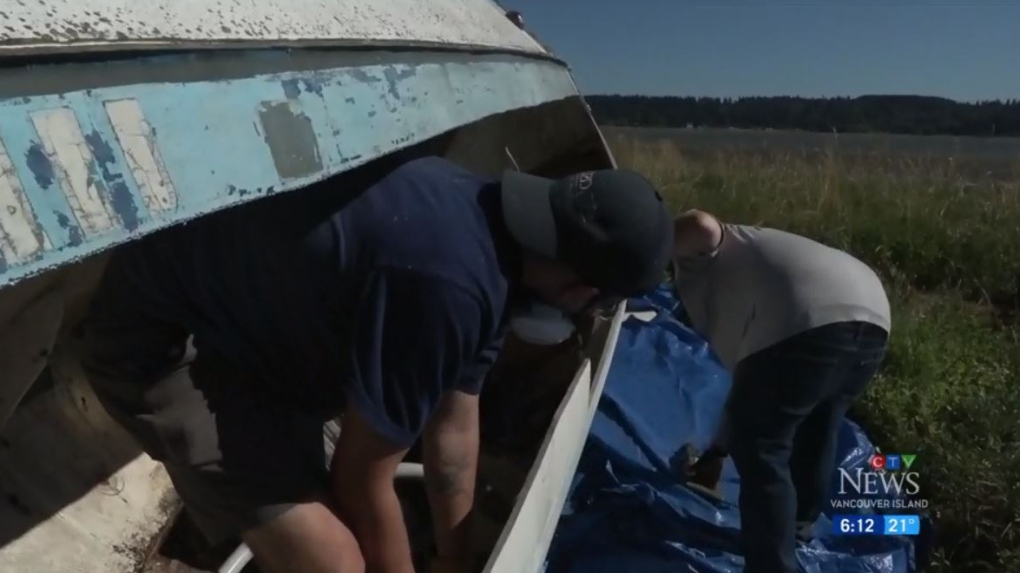 "This was one little piece. You’ve got a couple of hours you can just come on down and be part of it because many hands make light work, so that’s why I’m here," said volunteer Jewel Kizuk.

Roe says the Dead Boats Disposal Society has its eyes on another 120 vessels that need to be removed.

He estimates taxpayers will be on the hook for $300 million to $400 million to remove derelict vessels in Canada over the next 20 years.

The 68-year-old says he'd like to see a better system in place to make boat owners more financially responsible if their vessel runs aground.