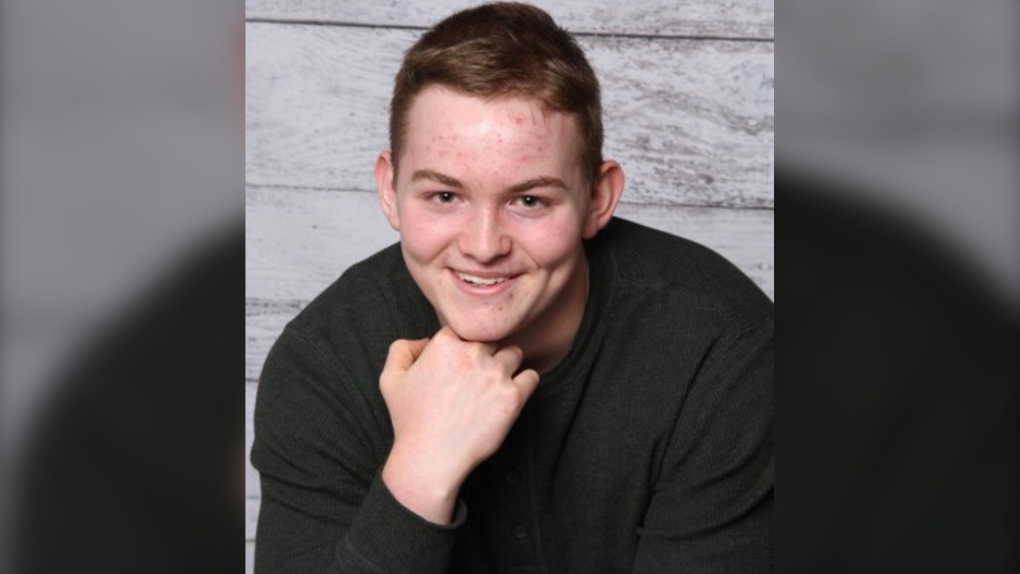 LANGFORD, B.C. -- The parents of a Langford teen who died in Goldstream Provincial Park earlier this year are launching a fundraiser for mental health in honour of their son.

Glenn and Denise Courtemanche have created “Andre Courtemanche's Story of Hope,” a virtual 10-kilometre walk to raise money to help youth in the community suffering from mental health issues such as anxiety and depression.

“May 8 is his birthday, and so we wanted to celebrate his life,” says Denise Courtemanche, Andre’s mother. “And, as well, it is Mental Health Awareness Month in May and we wanted to bring awareness about mental health and help destigmatize it.”

Sixteen-year-old Andre went missing at the beginning of January from the family’s home and was found dead nine days later in Goldstream park after an extensive search.

The teen had been suffering from anxiety and depression for several years. His parents’ journey though the health-care system attempting to get him the help he needed proved challenging. It’s an experience they don’t want others to have to go through.

The family hopes to raise $5,000 for two charities, The Victoria Youth Empowerment Society and Bullying Canada, both of which have programs to help youth in need.

She hopes the funds raised can help those who may not be able to afford the proper care and treatment their child requires.

The family is asking people to join them virtually for the 10-kilometre walk, run or bike ride at anytime they want to during the next two months. Participants are also encouraged to post messages of hope and photos online on the “Remembering Andre Courtemanche” Facebook page.

You can also break up the 10 kilometres into smaller distances, the family says, or do it on your treadmill at home; just be a part of the awareness campaign and help a young person get the support they need.

The fundraising event is already underway, so you can start your journey along with the family at any time. You have until the end of May to help them reach their goal.

Glenn Courtemanche says the out pouring of support from the community since his son’s death has been amazing.

The parents encourage anyone dealing with mental health challenges to reach out for help.

“If you need help, pick up the phone or tell someone how you are feeling,” pleads Denise Courtemanche. “If that person doesn’t listen, there are so many other people that will listen and they will do their best to help you; and every day is a new day, just keep on fighting and have hope.”

The fundraiser is being hosted on the Canada Helps website.