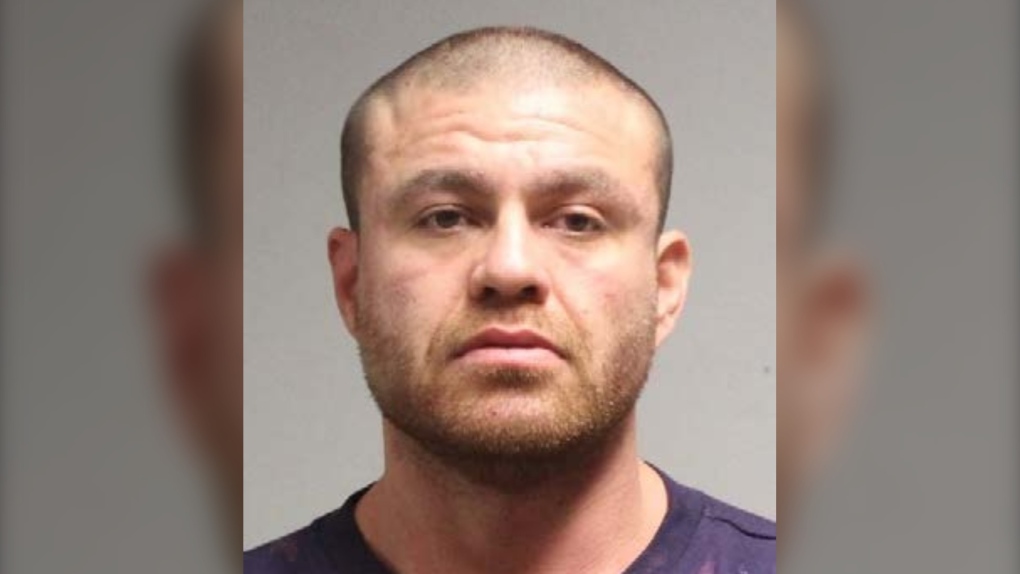 Jack Lincoln Kelley, pictured above, is wanted on 10 Canada-wide warrants. Anyone who sees him should call 911 immediately: (Nanaimo RCMP)

VICTORIA -- RCMP are warning that a violent offender who is wanted on 10 Canada-wide warrants may be hiding on Vancouver Island.

According to Nanaimo RCMP, Jack Lincoln Kelley, 34, has connections to Vancouver Island and may be in the region.

Kelley is wanted on 10 warrants related to allegations that arose in 2019, including two counts of sexual assault, two counts of unlawful confinement and two counts of assault. Police say that he is also wanted for several breach charges including not abiding by release conditions.

Mounties say that investigators in B.C.’s Lower Mainland recently told police on Vancouver Island that Kelley may be in the region. However, his whereabouts are currently unknown.

Kelley is described as a white man who stands 6’ tall with a muscular build. He has a shaved head and several tattoos.

Anyone who sees Kelley is advised not to approach him and to call 911 or the nearest police agency immediately.