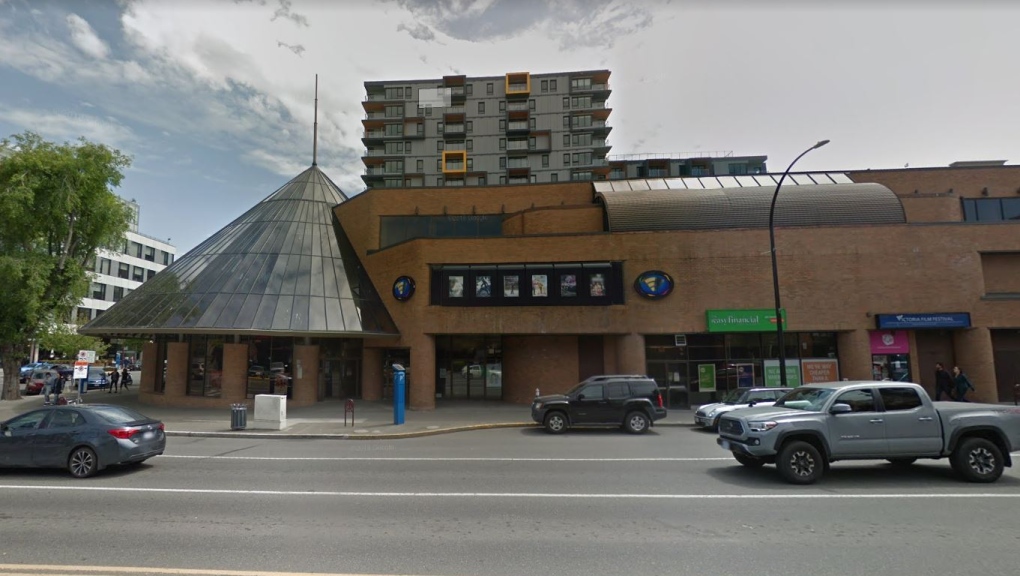 Capitol 6 Theatres is pictured in this Google Maps image from 2018: (Google Maps)

VICTORIA -- The Downtown Victoria YMCA has entered into a non-binding letter of intent with local development company Jawl Properties to create a new YMCA facility at the current Capitol 6 Theatres location.

The letter of intent means that both groups will explore the feasibility of creating the new facility on Blanshard Street between View and Yates streets.

The detailed feasibility review is expected to take approximately six months to complete and will inform both groups of any potential plans to construct a new facility at the site.

"I’m very pleased to share with you that we have recently entered into a non-binding letter of intent with Jawl Properties to formally explore the feasibility of co-locating a new Y for downtown Victoria in their proposed commercial development at a site on the corner of Blanshard and View streets – currently the Capitol 6 Theatres," said Derek Gent, CEO of the Vancouver Island YMCA in a letter to members and volunteers.

"Our goal is to realize a modern Y facility as part of a new legacy building that will shape Victoria’s future and we will continue to serve members and citizens as we have since 1875," he said.

Gent adds that the potential location would be a return for the YMCA, which had a facility there in the 1960s.

The Downtown Victoria YMCA has been operating in its current location at 851 Broughton St. since 1965. The organization is now looking to move facilities as bringing the current one up to modern standards through renovations was determined to be "cost prohibitive."

Gent says that the organization is now looking towards the future and is hoping to provide the island with a modern facility that can accommodate recreation, health, wellness and family services for decades to come.

"All this to say, we are very pleased and excited about the potential here, and these are very early days in a much longer process," he said.