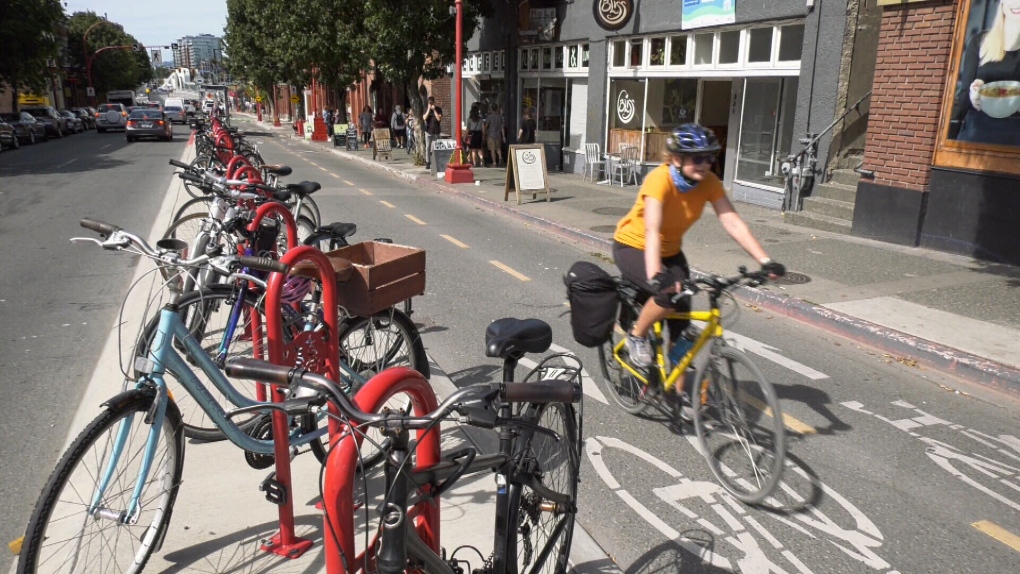 People who are concerned about the security of their bike while cycling in downtown Victoria will soon be able to park their bike for free at a "coat-check style" valet service.

The city-run service will open Friday, June 24, just outside of city hall by the Pandora Avenue cycling route.

The bike parking will be covered and staff will be at the site seven days a week.

Hours of operation are:

The city notes that hours may be extended when special events are occurring in the summer.

All types of bikes will be accepted at the valet service – such as cargo bikes and e-bikes – as well as push scooters, strollers, and "other modes of active transportation," according to the city.

Riders can leave their helmets, lights, and other accessories on their bikes as long as they are securely attached. 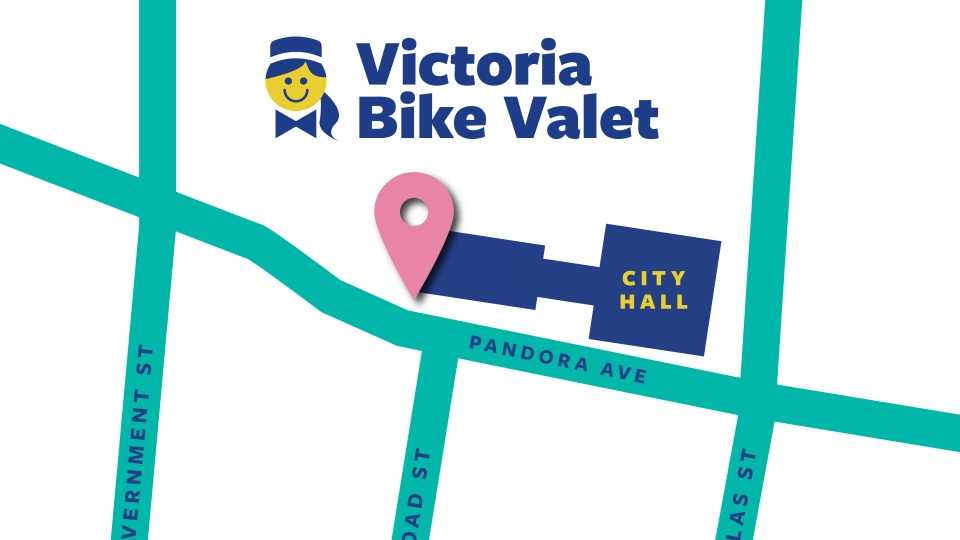 The municipality says other bike valet services have seen successful in other cities, including two in Vancouver and one in Portland, Oregon.

"The valet service will offer exceptional convenience and peace of mind for those looking to ride downtown, particularly for families, commuters, and visitors,” said Victoria Mayor Lisa Helps in a statement Thursday.

"This pilot project is one of the ways we are working to improve bicycle parking, attract new riders and deter bike theft in the city," she said.

The city has been considering a bike valet service for months, and sought applicants to run the pilot program back in April.

The municipality is also looking to expand its bike parking infrastructure by funding upgrades at the Yates Street parkade, and by installing new covered bike shelters at schools and community centres in the fall.

The valet service will be operated by Better Environmentally Sound Transportation (BEST) and Capital Bike, which have operated similar services in Vancouver and Victoria before.

The pilot program will run until early November.

Anyone who uses the service can also sign up for Project 529 Garage, a bike registry and recovery system used by VicPD.

"This service will help attract people to shop, dine, visit, and park their bike downtown with confidence," said Jeff Bray, CEO of the Downtown Victoria Business Association, in a statement.