Business owners on Broad Street in downtown Victoria say their business is down because of sidewalk repairs in front of their building.

"One day we walked in and they were building all of these barricades," said Heather Nightingale, store director at MisMack Clean Cosmetics.

In April, the City of Victoria constructed barricades along the 1000-block of Broad Street in order to keep people off of the sidewalk, citing safety concerns.

The reason? The Yarrow building that was constructed in 1909 has a basement that extends underneath the sidewalk. That basement was used to store coal to heat the building, and now the aging sidewalk is falling apart from within. 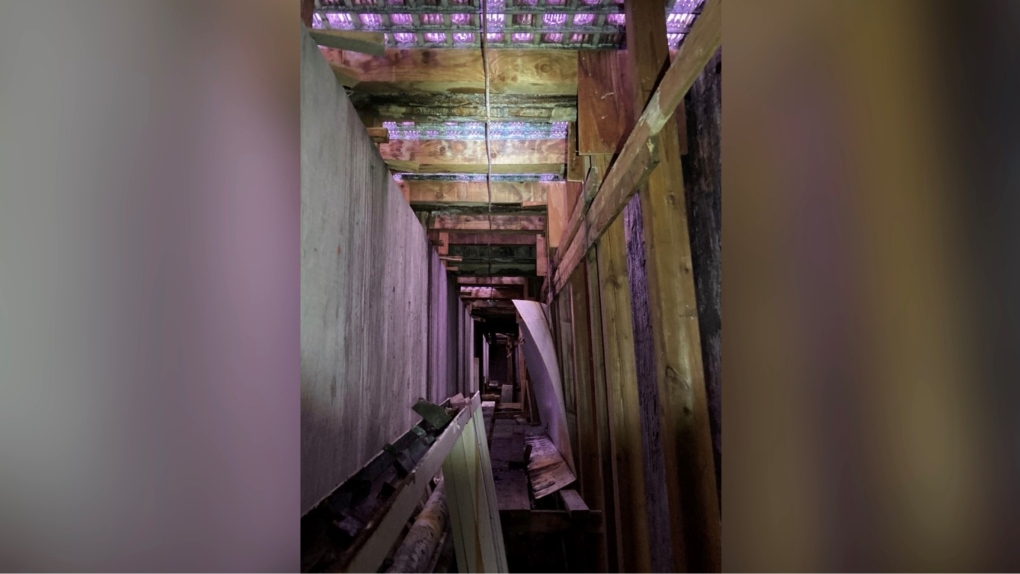 The underground basement below the sidewalk of the Yarrow building is shown. (City of Victoria)

"It does hinder our business," said Nightingale.

MisMack Clean Cosmetics says business is down 30 per cent due to the barricades.

The city has installed ramps leading into the stores, but owners say it's not enough.

"We’re paying for street-front rent and our costumers can’t even come and look in our windows," said Jim Cassels, manager at Simply the Best.

Business is down 20 to 30 per cent at Simply the Best, according to Cassels.

Further down the street, macaron sales are also slumping.

"It’s much harder to convince people to come in, rather than if they can see straight away what we do," said Yann Fourgere, co-owner of Bon Macaron Patisserie.

CTV News made a request with the City of Victoria on Thursday to speak with someone in its engineering department. The city declined but did issue a statement, saying:

"This is a complicated engineering project and the city is working with the owner of the building to develop a permanent solution that will be safe for the public."

CTV News also asked what specifically was wrong with the structural integrity of the sidewalk, but that question wasn’t answered.

As for who is responsible for the fix, according to the city – under its sidewalk fixtures bylaw – a building owner with an under-sidewalk basement is responsible for replacing and restoring a sidewalk to safe and proper condition at the direction of the city engineer.

CTV News reached out to the building owner and the property management company for the building but did not hear back in time for publication.

"I would like to know when they’re actually going to fix it, how long is this barricade going to be up here, and how they can help us inform our clients of what’s going on here," said Nightingale.

The statement from the city says the temporary safety measures are expected to be in place for the remainder of 2022 and into 2023.