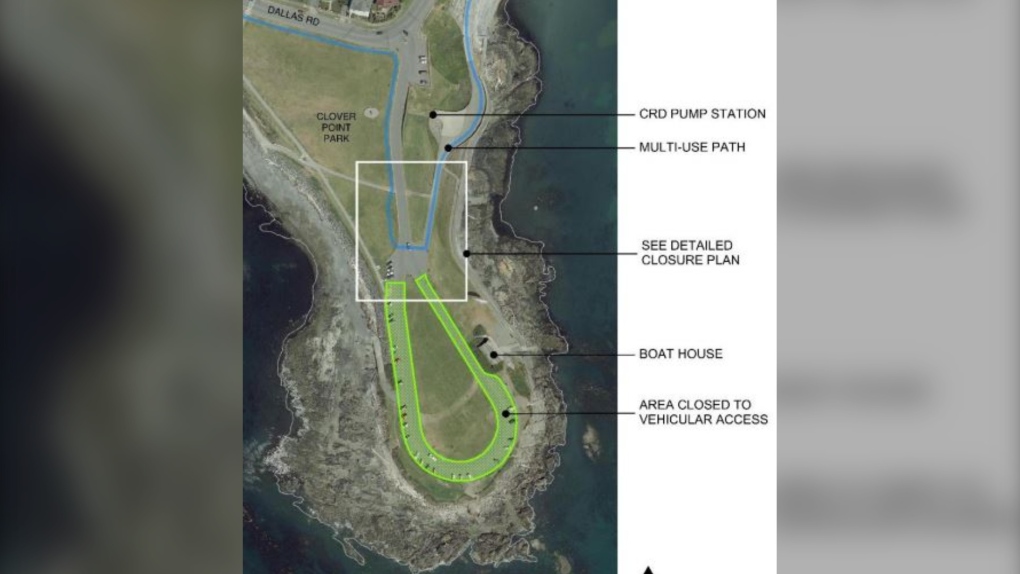 VICTORIA -- The City of Victoria is considering closing Clover Point Park to vehicles to improve the area for pedestrians.

Victoria city staff are recommending that the lower loop roadway be permanently closed after the CRD completes work on upgrades to the wastewater treatment facility later this year.

Construction of the wastewater treatment facility began roughly two years ago. During that time, much of the park was already closed off to vehicles, say city staff. Meanwhile, the CRD has added new amenities to the area during construction, including public washrooms, a drinking fountain, bike racks, improved lighting, additional seating and Indigenous art.

“The changes outlined in this report would make permanent the current temporary condition, whereby the entire south end of the public space is open for recreational use, while relocating and reducing the volume of parking inside the park,” reads the city staff recommendation.

While vehicle parking would be limited with the recommended changes, city staff say that 17 parking stalls would remain within the park, 13 of which would be beside a new multi-use pathway. Four accessible parking spots and a large passenger loading zone would also be set up to accommodate anyone with mobility needs.

Before construction of the wastewater treatment facility began, there were approximately 90 parking spaces within the park, say city staff.

“Transitioning the southern area of the park from a parking lot to a pedestrian priority space will greatly improve the value of this recreational area,” reads the report.

“The new multi-use trails, additional landscaping, and other recent public amenities represent important steps toward the creation of a higher-quality park space.” 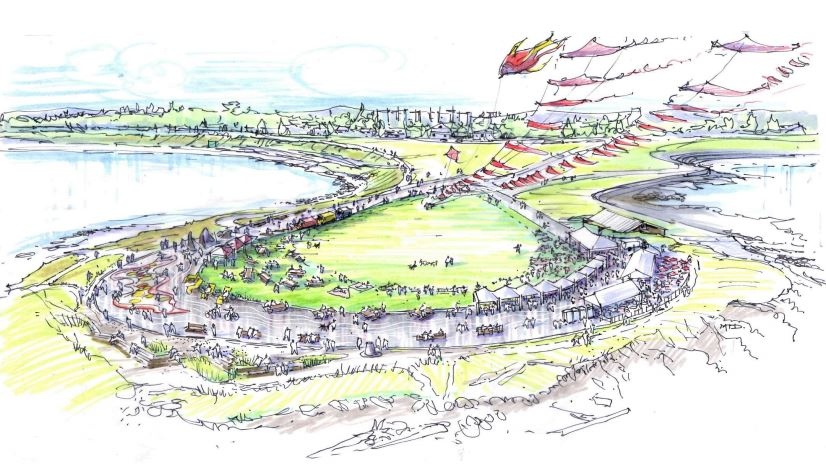 Staff say that closing down the loop roadway would cost an estimated $250,000. The community would be informed of the changes, but no design consultation would take place with the community in the near future.

“A long-term plan for the park, informed by public input, would be undertaken in a future year,” reads the staff report.

Victoria city council will discuss the recommendation at a committee of the whole meeting Thursday.

Staff say that the idea of closing the loop roadway in the park is not a new one, and that the city had previously considered it during the 1990s.