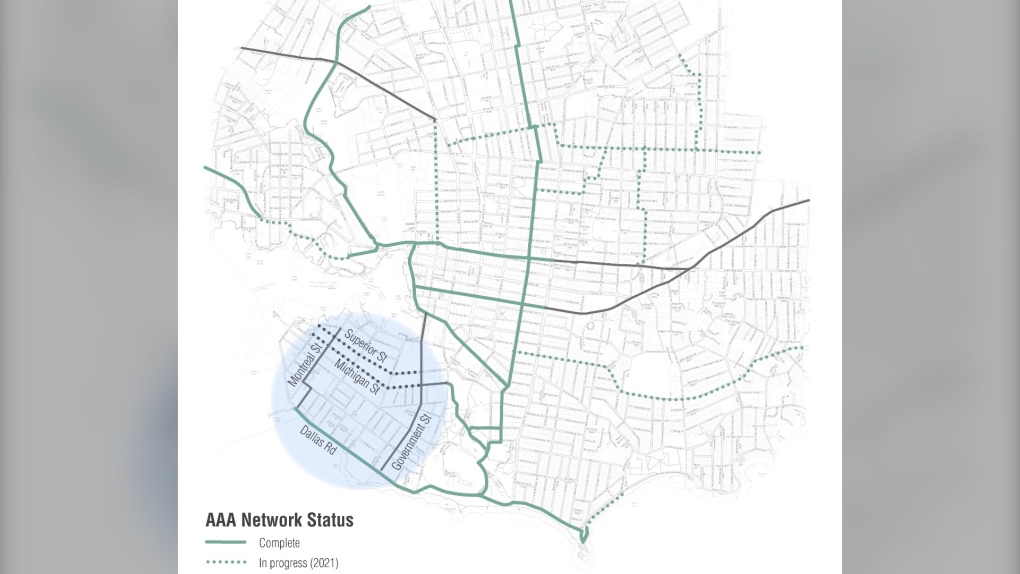 VICTORIA -- The City of Victoria is asking for public input on the next phase of a 32-kilometre cycling network through James Bay.

Mayor Lisa Helps says Victoria's growing population has the city investing in walking, cycling and transit to support safe, healthy and affordable transportation options for everyone.

Two cycling route options are planned for James Bay next year after several priority routes were shortlisted in 2020 with a goal to connect destinations throughout the city and regional trails.

More than 600 people participated in the first phase of consultation in February and March through surveys and virtual meetings, and the designs that were modified are available for feedback until June 11.