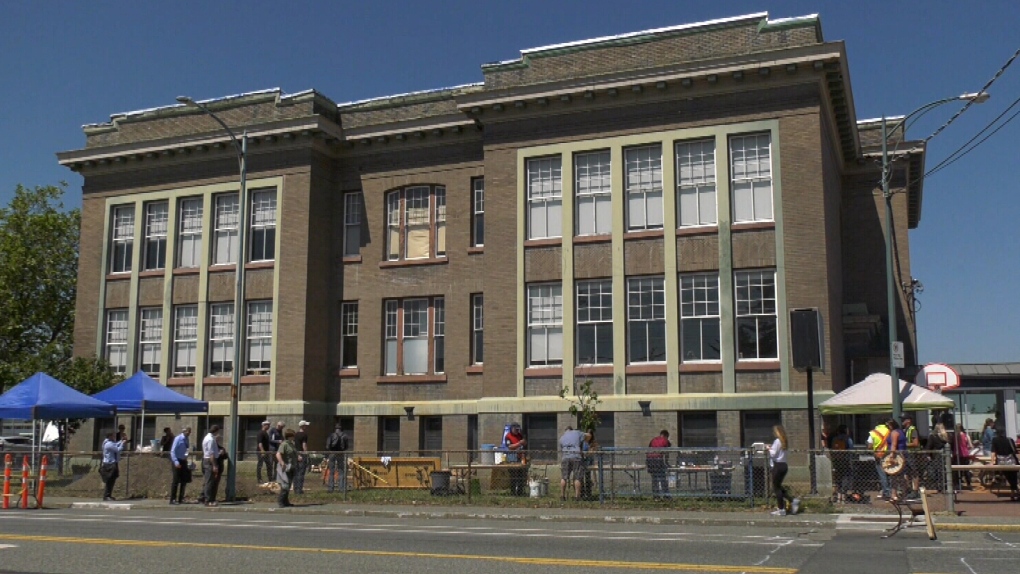 Major upgrades to the S. J. Burnside school building include glass walls that allow light to flood into the hallways, and the refurbishment of original wood flooring and staircases. (CTV Vancouver Island)

A Victoria school is officially open after months of renovations and seismic upgrades brought the 107-year old building into the 21st century.

The S.J. Burnside Educational Centre was part of a revitalization project that will upgrade the accessibility and seismic safety of many schools in the city, including Victoria High School.

“The former S.J. Willis site will now serve as the temporary home for students and staff of schools that are receiving seismic upgrades. We are working on a number of seismic projects, including Victoria High, so we are incredibly fortunate to now have S.J. Willis designated as a swing space.”

The school offers continuing education programs as well as alternative education for students who struggle in traditional public school settings. Superintendent Shelley Green says the success of the programs is owed, in part, to the new facilities.

“When we started the re-envisioning of Burnside, we believed it would be a great place for school-aged and adult learners. Our vision was to create a bright and inviting space that encouraged people to further pursue their studies and be part of our learning community,” said Green.

“We have now heard from the students on several occasions, how the new facility is encouraging them to come to school every day and learn new things. For us, that is really special.”

Major upgrades to the building include new glass walls that allow light to flood into the hallways, and the refurbishment of original wood flooring and staircases.

The district says more upgrades are still on the way though, with plans for additional learning spaces and an outdoor green space.

Included in the Burnside neighborhood plan is a proposed housing project next to the school. Mayor Lisa Helps says the project is intended to “create a walkable urban village” and bring affordable housing and onsite childcare to the area.