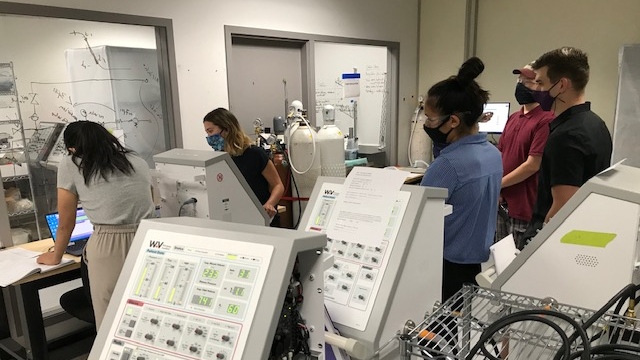 A Victoria-based company, Starfish Medical, is in the final stages of having its new Canada-made ventilators approved for use.

VICTORIA -- In March, a Victoria-based medical device manufacturing and design company – Starfish Medical – was one of the few companies that was selected to help build new, Canada-made ventilators.

Prime Minister Justin Trudeau made the announcement, saying that the federal government wanted ventilators that could utilize Canadian manufacturing supply chains for potential treatment of COVID-19 patients, rather than relying on international suppliers.

Starfish Medical then began working with Winnipeg’s Cerebra Health Inc. and a number of other partners on the project.

Starfish’s development of a new made-in-Canada ventilator is based on technology from a 30-year-old Canadian design. Using the “Winnipeg Ventilator’s” original plans, the collaborators redesigned every component of the unit so that their devices wouldn’t put stress on existing supply chains for parts, or compete with other companies in the race to build ventilators.

Since March, Starfish Medical has poured most of its resources and employee know-how into designing and building a “simple-to-use” and versatile ventilator machine that could be used in both short and long-term situations.

“The idea of this is it’s quick to use, easy to use,” said John Walmsley, executive vice president of strategic relationships for Starfish Medical. “It provides the core functionality that respiratory therapists are used to using in an ICU. They can use it easily, readily and save lives and then preserve lives going forward.”

Now, the lifesaving apparatus is going through its final stages of rigorous testing and awaiting final approval from Health Canada.

The endeavor wasn’t without obstacles, however, according to Walmsley.

“Something we’d typically spend two or three years on, to do that in two or three months was a big challenge,” he said.

“Of course, we had to make a lot of choices very fast and so it’s not surprising that… we’ve had to work through extra issues that have arisen. But most of those, in fact all of those, are behind us at this point,” said Walmsley.

Starfish hopes that final approval for the ventilators will come in the next few weeks. Then the company will start to build and deliver 7,500 units to the federal government by the end of the year.

Celestica Inc., a Toronto-based multinational electronics manufacturing company, won the contract to build the ventilators. They will turn out hundreds of ventilators every week until the order is filled.

“This (ventilator) is not going to sit on a shelf for dire circumstances. It can be available for use in everyday care and there will be enough of them around should the pandemic rear its ugly head,” said Walmsley.

Walmsley adds that Starfish is hoping to help fill a need, not make massive profits. That’s why the company has chosen to make the units more affordable.

Starfish Medical employs 150 people across Canada, 106 of whom worked on this project in Victoria and Toronto. Walmsley says that their component suppliers also created many other jobs because of the project.

As the project has progressed, media exposure and shout-outs from Prime Minister Justin Trudeau have been a boon for Starfish, says Walmsley. The company has signed several contracts with new clients because of the attention.

“We are very proud of the capability of the instrument that we’ve developed in such a short period of time and (knowing that) health authorities and doctors are interested in using the instrument is very important to us,” said Walmsley.