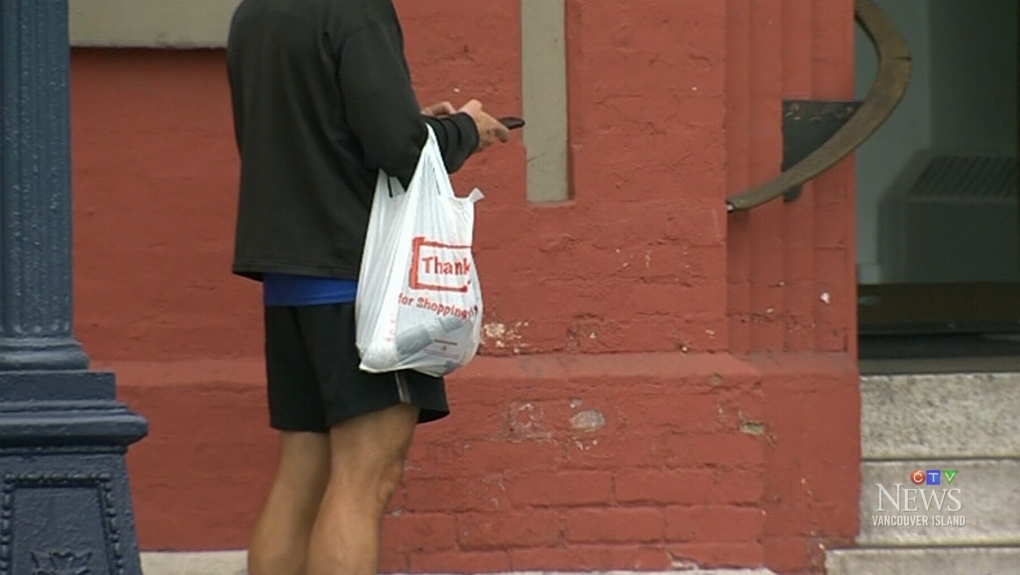 Victoria's single-use plastic checkout bag bylaw is in effect as of April 15, 2021.

Victoria initially instated a plastic bag bylaw in 2018. However, it underwent a number of legal challenges which prevented it from being in effect.

Now, the city's plastic bag bylaw has resumed, restricting the use of plastic checkout bags across the municipality.

Local businesses must provide paper bags for a fee instead of plastic bags, or customers can bring in their own reusable bags, which is encouraged by the city.

"Reducing the distribution of single-use plastic items in Victoria is helping to keep plastic waste out of our landfill, save tax dollars and protect the environment," said Victoria Mayor Lisa Helps in a statement Thursday.

"Most businesses have continued to encourage the use of reusable bags," she said. "Resuming the checkout bag bylaw is a simple step to maintain our forward momentum towards reaching our goal to reduce waste by 50 per cent by 2040 and be fully zero waste by 2050."

The city says it is focusing on educating local businesses moving forward, as stores transition from single-use plastic bags to paper bags.

The municipality estimates that Victorians threw out roughly 17 million single-use plastic bags per year before the bylaw was introduced in 2018.

Victoria was the first city in B.C. to implement plastic bag bylaw. Since than, more than 20 municipalities across the country have adopted similar bylaws, including Saanich, Esquimalt, and Nanaimo, according to the City of Victoria.

"The chamber worked closely with the city to ensure the bylaw reflected the work already being done by businesses to reduce waste and look after customer requests," said Greater Victoria Chamber of Commerce CEO Bruce Williams on Thursday.

"The public asked for this change and businesses responded," he said.