A beloved Victoria toy store is looking for a new home after operating out of its downtown location for more than 13 years.

Cherry Bomb Toys is moving from its location along Broad Street near Johnson Street since the building was purchased by a new owner.

"We've been fortunate to have landlords that have enjoyed having an investment, and loving the store in here," said Candice Woodward who owns the shop with her husband, B.

"Now we have ones that are moving their business in so we have to find a new place," she said.

The Woodwards live in the apartment above the store.

"Our kids have grown up here. It's hard," she said.

The century-old heritage building houses more than just a toy store, it's also home to the National Toy Museum of Canada.

It was a hidden gem that brought in guests from all over the world, and it took a long time for operators to feel like everything had been set up perfectly, according to B. 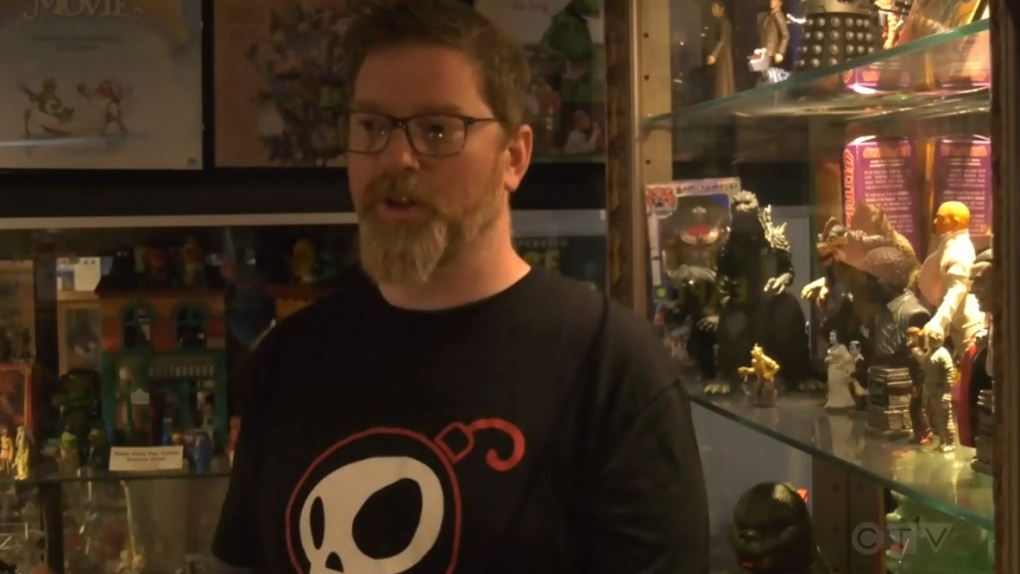 The owners would like to keep both the tory store and museum together, but time's ticking.

The shop's lease runs until the end of December.

The store owners briefly thought they'd secured a new lease about a block away, but the property owner over there also decided to sell the space instead.

"We've been looking constantly," said B.

A GoFundMe campaign has now been launched to help move the museum, or better yet, help provide funds for a down payment of a new property so that the many items it has collected over the years don't have to be moved again.

'He could've been treated differently': Toronto man dies at home after several visits to local hospital

A Toronto music lover who thrived in the company of others died alone at home following three visits to a local hospital due to severe abdominal pain, according to one of his closest friends.

A human rights organization says it has found dozens of additional overseas Chinese 'police service centres' around the world, including at least two more in Canada.

The Liberal government is listening to concerns that some of the firearms it's looking to ban are used primarily for hunting, Prime Minister Justin Trudeau said Monday.

Imagine if Siri could write you a college essay, or Alexa could spit out a movie review in the style of Shakespeare.