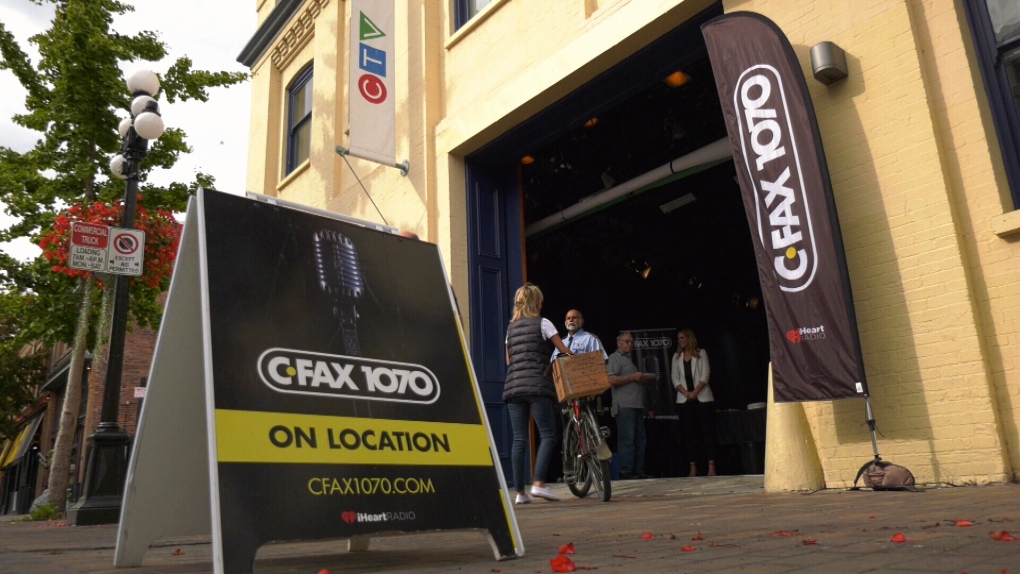 Radio station CFAX 1070 is celebrating 60 years on the air in Victoria. The station is one of the longest running news and talk radio stations in the province.

The station opened its doors to the public for a live broadcast from its 1420 Broad St. location Thursday. People were encouraged to drop by, have some coffee, cake and meet some of the on-air hosts like Al Ferraby, Adam Stirling, Ryan Price, and Mark Brennae.

Former station owner Mel Cooper stopped by, sharing the story of how he bought the station in 1975 and how the station became an integral part of the community.

When Cooper took over the station he had a vision of creating something special, a place that employees could be proud of and the community would feel a part of.

When it comes to favourite memories, Cooper says there are far too many to mention, including how CFAX became a communication hub for the community during the blizzard of 1996, bringing people and services together.

Another proud accomplishment for Cooper was the creation of the CFAX Santa’s Anonymous Society, one of Victoria’s longest-running charities for over 40 years.

CFAX debuted on Sept. 12, 1959 and was originally found at 810 on the AM dial. In the beginning the station played music and only broadcast during the day. Broadcasting full time happened the year after Clare Copeland and Charlie White bought CFAX in 1963, eventually turning it into a news-talk format and moving it to 1070 AM.

“This means pride, not only for ourselves but for the community and that real connection CFAX has always had with the Greater Victoria marketplace, ” says Al Ferraby, the morning host on CFAX

“That always comes out whenever we do something like this by bringing back former hosts that people would remember and just people sharing their stories about growing up and listening to this heritage radio station.”

Cooper says he hopes to be around to celebrate CFAX’s 70th anniversary.

CFAX is owned by Bell Media and shares the same building with Virgin Radio and CTV Vancouver Island.