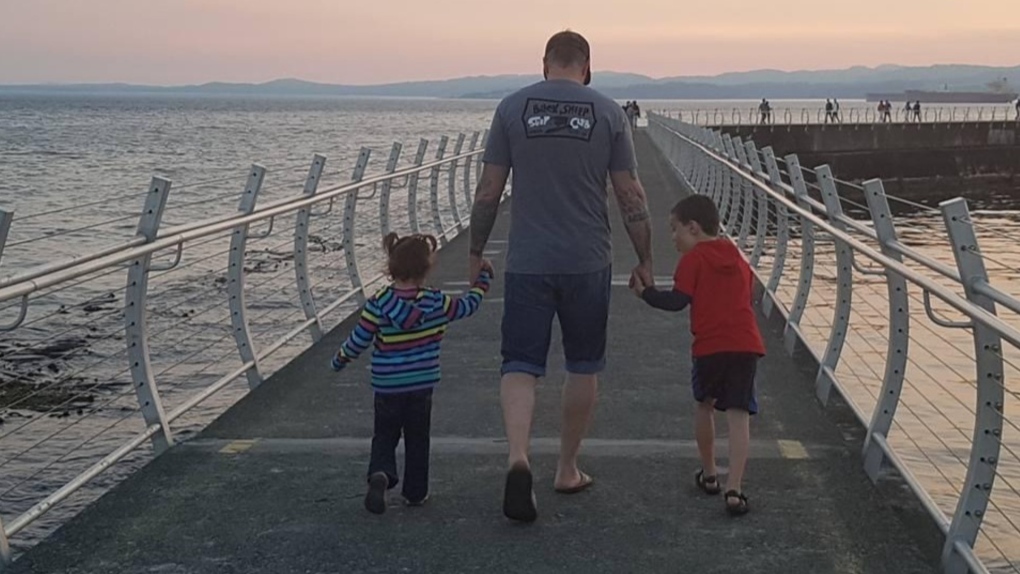 The owner of a recently opened Victoria eatery has died after a lengthy battle with COVID-19.

Rain Dogs Wine Bar owner Chad Rennie died of the illness on Sunday, according to a social media post from his partner, Angela Rennie.

Rennie first tested positive for COVID-19 on Aug. 6, according to a GoFundMe fundraiser, and was taken to hospital in Victoria on Aug. 15. He was airlifted to hospital in Vancouver on Aug. 19, before being placed in a medically induced coma just days later.

In December, Rennie told CTV News that he was excited to open Rain Dogs in Victoria's Chinatown. The eatery opened on Dec. 10, and Rennie described the business as a dream he always wanted to pursue.

According to the GoFundMe campaign, Rennie was a father and a grandfather.

"There are no words today, just feelings," reads the post from his partner.

"I am just so, so sad. Thank you everyone for the heartfelt support it is going to be along road back after this experience with Chad."

The federal Conservatives—the only caucus yet to confirm how many of its MPs remain unvaccinated—have come out in opposition to the new mandatory COVID-19 vaccination policy announced by the House of Commons. The decision taken by a cross-party committee of MPs that means that as of Nov. 22, anyone entering the House of Commons precinct will need to be fully vaccinated against COVID-19.

A new Delta descendant is rising in the U.K. Here's what to know

British and international authorities are closely monitoring a subtype of the Delta variant that is causing a growing number of infections in the United Kingdom.

What appears to be human remains and items belonging to Brian Laundrie, including a backpack, have been found in a nature reserve in North Port, Florida, according to FBI Special Agent in Charge Michael McPherson.

Health Canada is reminding Canadians that ivermectin should not be used to treat or prevent COVID-19, after poison control centres saw an increase in reports about the anti-parasitic drug over the summer months.

Ontario Premier Doug Ford said he believes opposition parties are playing politics over his comments on immigrants and said he's been told his remarks were 'bang on.'

Queen Elizabeth II has reluctantly accepted medical advice to rest for a few days and has cancelled a trip to Northern Ireland, Buckingham Palace said Wednesday. The palace didn't offer specifics on the decision, but says the 95-year-old monarch is 'in good spirits.'

Prosecutors pursuing the case against a man accused of raping a woman on a commuter train last week don't anticipate charging fellow passengers for not intervening, a spokesperson for the suburban Philadelphia district attorney said.

Ontario Provincial Police are investigating after multiple animals, including calves and piglets, were found abandoned on a farm in Haldimand County in southern Ontario.

A report exploring far-right extremism in Ukraine’s military found that neo-Nazis and supporters of far-right groups in the ranks bragged about receiving training from Canada and other NATO nations.