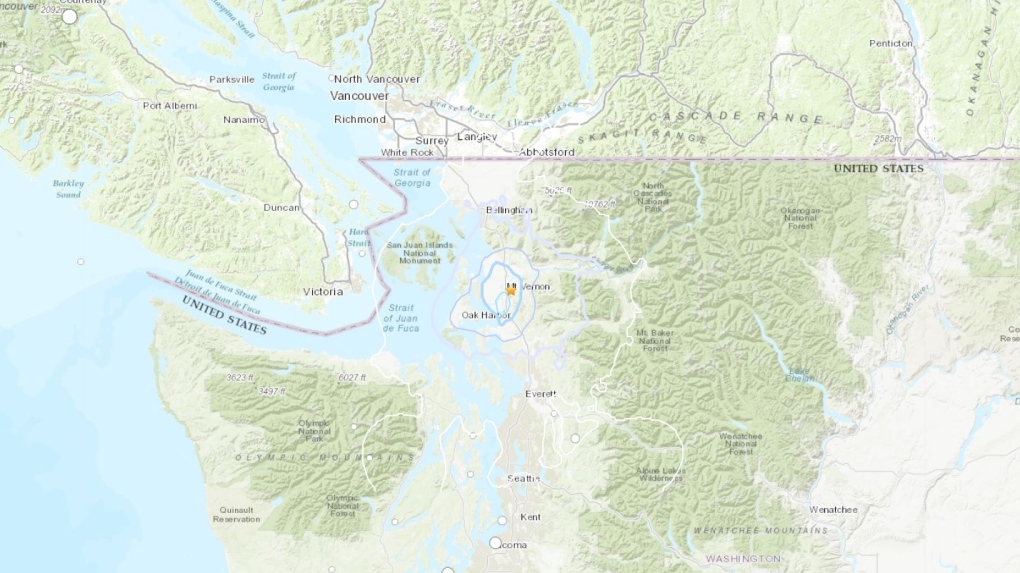 The earthquake was detected around 4:15 a.m. Sunday. (USGS)

An earthquake that rumbled north of Seattle, Wash., on Sunday was felt by some Victoria-area residents.

The earthquake occurred at a depth of 13.5 kilometres, according to the United States Geological Survey (USGS).

About 650 people reported feeling the earthquake to the USGS, some of whom were from the Victoria region. 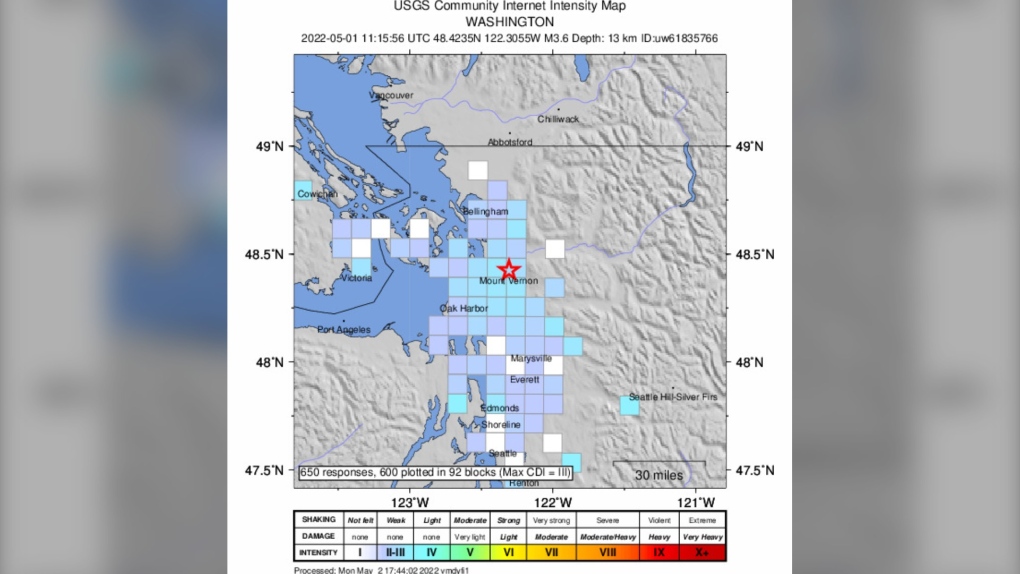 The earthquake was detected around 4:15 a.m. Sunday. (USGS)

Sunday's event followed a smaller 2.5-magnitude earthquake that was detected about 7.6 kilometres south of Oak Bay at 11.55 a.m. Friday, though the USGS received no reports of that quake being felt by anyone.

Friday's quake occurred at a depth of 24.7 kilometres, according to the USGS.

Russia shattered weeks of relative calm in the Ukrainian capital with long-range missiles fired toward Kyiv early Sunday, an apparent Kremlin show-of-force as Western leaders meet in Europe to strengthen their military and economic support of Ukraine.

The latest on the G7 summit: The Group of Seven leading democratic economies has formally launched at its annual summit a global infastructure and investment partnership aimed at pushing back China's influence in the developing world.

Norway's prime minister and members of the royal family joined mourners at a memorial service Sunday at Oslo Cathedral for the victims of a shooting attack as the capital held its annual LGBTQ Pride festival.

Rate of extreme rainfall expected to increase dramatically by 2100