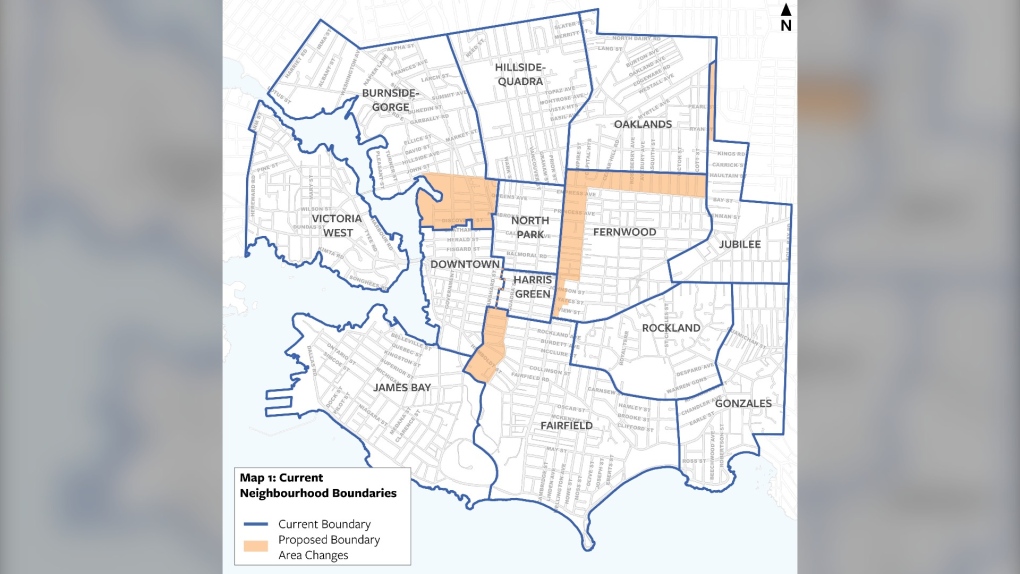 VICTORIA -- The City of Victoria is looking to collect community feedback on proposed changes to several neighbourhood boundaries.

The city is considering expanding the downtown core into the Fairfield and Burnside-Gorge boundaries, as well as changes to the Fernwood and Jubilee areas.

"The intent is to understand where people see themselves living in the city and to align neighbourhood boundaries with that sense of place," said Victoria Mayor Lisa Helps in a statement Monday.

"For example, there are parts of Fairfield that feel more like downtown so we want to make sure those feelings are reflected in the neighbourhood map of the city," she said.

The city is also considering merging neighbourhood associations between the downtown core and Harris Green, and north and south Jubilee.

"Ultimately, the residents of Victoria decide, which is why we’re going to go out and ask if our proposed neighbourhood boundaries are right," said Helps.

Victoria residents can submit their feedback online here from May 10 to June 7. The results of the feedback will be released publicly in September, according to the city.

If the proposed boundary adjustments are approved, the changes would come into effect in 2022.