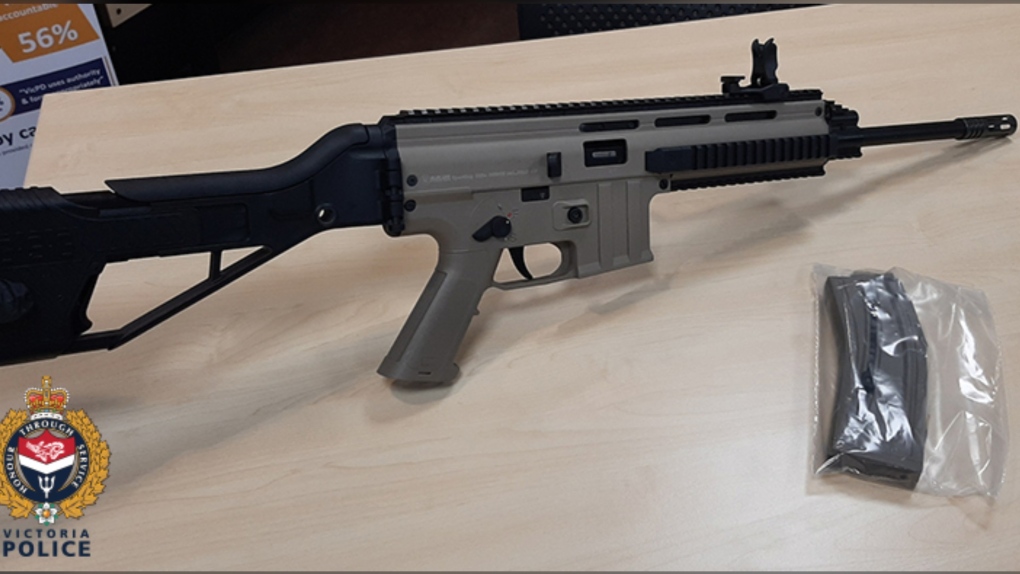 Victoria police say this rifle was located with a round in the chamber and the safety in the "off" position. (VicPD)

VICTORIA -- Victoria police are recommending more than a dozen charges against a man after police seized fentanyl, cash and a loaded rifle at a downtown hotel.

Police executed a search warrant at the hotel in the 700-block of Burdett Avenue Wednesday afternoon after learning a man was in possession of a firearm and drugs in the building, Victoria police said in a statement.

A man and a woman were arrested at the scene and police say they found large amounts of drugs, cash and a loaded, semi-automatic rifle with a folding stock.

“The rifle was located with a round in the chamber and the safety in the ‘off’ position,” police said Thursday.

The man was held in custody and police are recommending 15 charges, including for trafficking, weapons violations and breaches of court-ordered conditions.