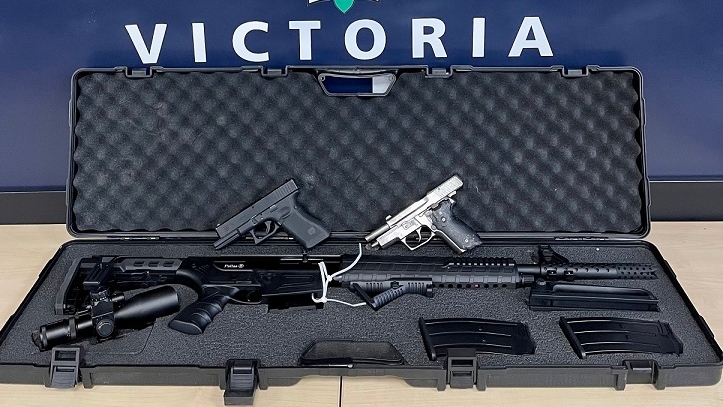 Some of the seized items are shown. (Victoria Police)

Victoria police say two people were arrested last month after police found guns, body armour and a sword inside of a suite at a supportive housing facility.

Police say the items were located when officers with VicPD and the Greater Victoria Emergency Response Team executed a search warrant at a suite in a supportive housing facility in the 800-block of Johnson Street.

Inside the suite, police say they found a series of weapons, including a shotgun and two handguns, with ammunition for each firearm nearby. 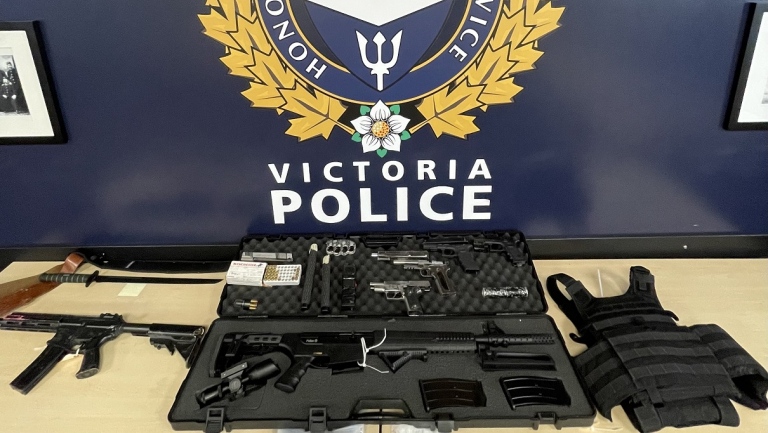 Some of the seized items are shown. (Victoria Police)

Two people, a man and a woman, were arrested in connection with the search, which occurred on July 15.

The investigation into the suites is ongoing. Anyone with information is asked to call Victoria police at 250-995-7654 or contact Crime Stoppers anonymously at 1-800-222-8477.

Federal Public Safety Minister Marco Mendicino is calling Alberta Justice Minister and Solicitor General Tyler Shandro's plan to direct RCMP in the province not to enforce confiscations of prohibited firearms 'reckless,' and is amounting it to 'a political stunt' that won't hold up.