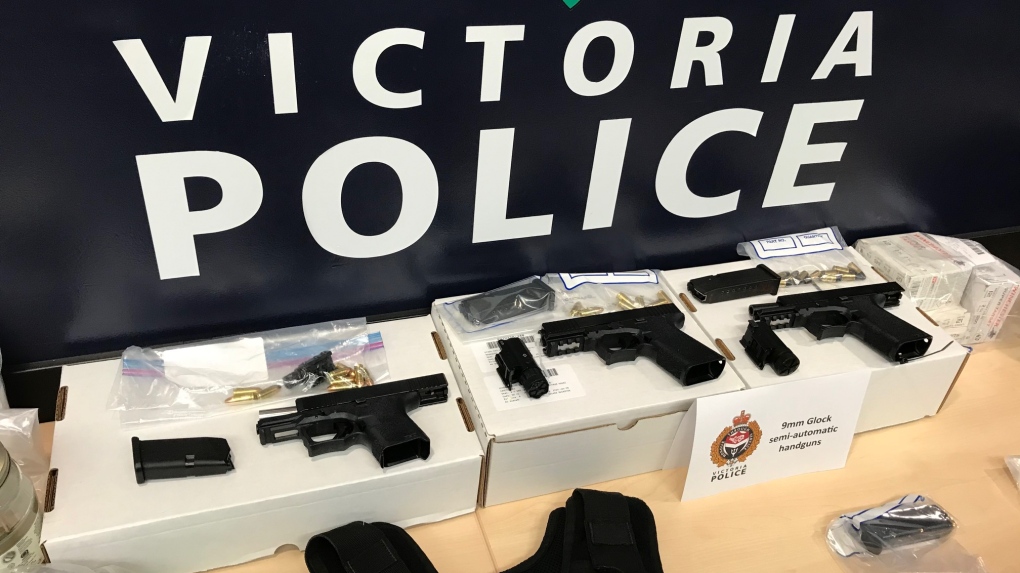 VICTORIA -- A recent series of raids conducted by Victoria police resulted in the arrests of two men and the seizure of a significant number of firearms, ammunition, drugs and body armour.

Police say that the raids were the result of three separate police operations that were targeting drug dealers and people in possession of illegal firearms over a five-month period.

In total, multiple loaded handguns, modified rifles, a silencer, body armour, ammunition and drugs, including fentanyl, were seized in the raids.

VicPD says that the first of the three investigations began in October 2019 following tips from the public. Weeks of information gathering, evidence collecting and covert surveillance then led to a search warrant being executed in the 1000-block of Tillicum Road on Nov. 20.

In that operation, a loaded 9mm Glock handgun was found in a hidden compartment of a vehicle on the property, and drugs, including cocaine and fentanyl, were found inside the residence.

Police are recommending six charges related to the search, including possession of a prohibited weapon, possession of drugs for the purpose of trafficking, possession of stolen property and breach of conditions. Police are also submitting multiple seized vehicles from the property for consideration of civil forfeiture.

The second investigation broke ground last week when one man was arrested during a search of a home in the 700-block of Topaz Avenue on Jan. 9. Inside, officers located a loaded handgun, several ounces of fentanyl and on the homeowner, according to police.

Information acquired at the Topaz Avenue property then led officers to an apartment building in the 2600-block of Cook Street, where a man and woman were taken into custody without incident.

Police say that a search of one of the suites in the building led to the discovery of more firearms and ammunition, including a modified rifle that was rigged to include a homemade silencer. 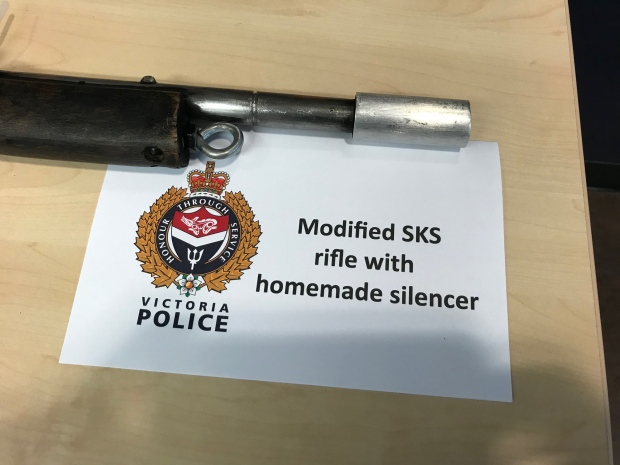 Officers then returned to the residence on Topaz Avenue, and discovered an additional loaded handgun and more ammunition. In total, three firearms were seized in the two searches, including two handguns, the modified rifle and one air-powered pistol.

One man, Jordan Cody Moreland, is now facing charges of drug possession for the purpose of trafficking and multiple weapons offences. He is currently being held in police custody.

The third drug raid took place just one day after the second investigation on Jan. 10. VicPD says that based on previous information gathered from earlier investigations, and from public tips, officers were able to identify a person of interest and monitor him.

VicPD then executed a search warrant on the person of interest's apartment building unit in the 1000-block of Tillicum Road, and discovered a loaded .40-calibre handgun and body armour inside.

Police arrested the homeowner, Andrew Brian Ritch, 36, and have recommended charges of possession of restricted weapons, firearms possession, possession of body armour and possession in contrary to a court order.

"I am incredibly proud of the excellent work our Strike Force, our Community Services Division, and the Greater Victoria Emergency Response Team are doing to get deadly drugs like fentanyl and guns out of the hands of criminals," said VicPD Chief Del Manak in a news release Thursday.

“The firearms seized through these efforts, including loaded handguns and an assault-style rifle modified to include a silencer, shows the risk that these individuals pose to our community and the vital need for these types of operations.”

Images of some of the items seized can be viewed below.