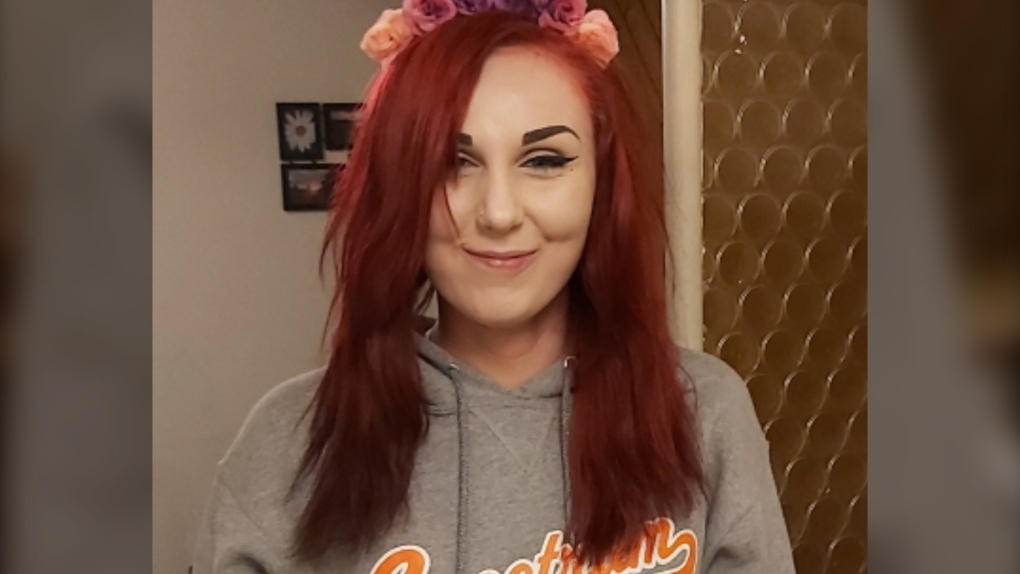 Lia Barker was the subject of another missing person alert sent by Victoria police less than two weeks ago, but police say this latest report is unrelated to that one. (Victoria Police Department)

Police in Victoria are asking the public for help locating a 14-year-old girl who was reported missing Saturday night.

Police describe Lia Barker as white, standing 5'8" tall and weighing about 120 pounds. She has a slim build and shoulder-length hair that is dyed red and pink, police said.

Barker is considered a "high-risk missing youth," police said, noting that her family is concerned for her wellbeing.

She is known to frequent Centennial Square and surrounding areas in downtown Victoria, police said.

Barker was the subject of another missing person alert sent by Victoria police less than two weeks ago, on Jan. 15. On that occasion, officers were able to locate her and closed the missing person file, police said.

This latest report is the result of "an unrelated circumstance," according to police.

Anyone who sees Barker is asked to call 911. Anyone who has information on her whereabouts is asked to call the Victoria Police Department's non-emergency line at 250-995-7654. Tips can also be provided anonymously through Crime Stoppers at 800-222-8477.