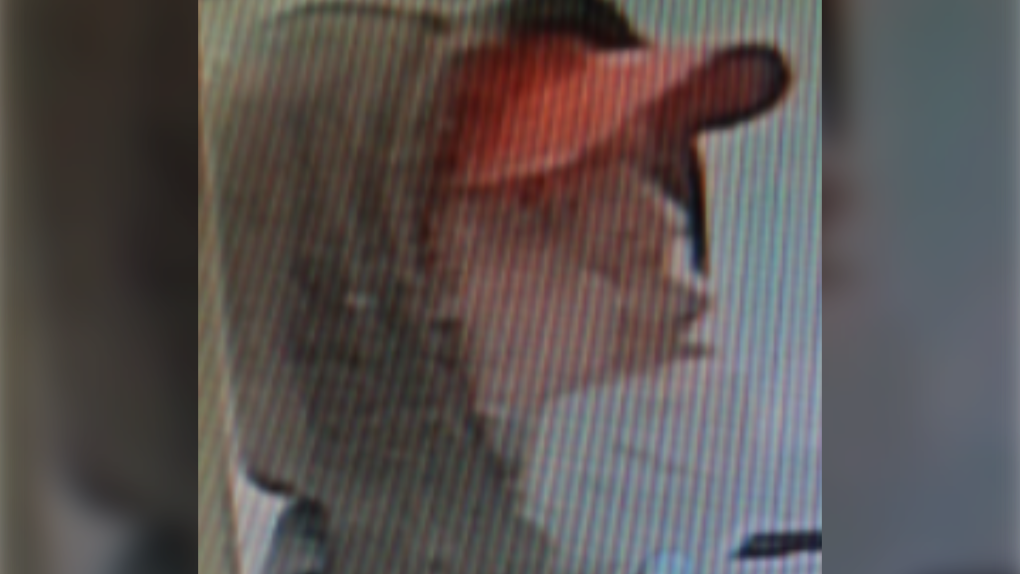 The perpetrator is described as a white man standing 5' 9" with a slim build. He was wearing a baseball hat with a red brim, black jacket over a grey hooded sweater and blue jeans. (VicPD)

Police in Victoria are asking the public to help identify a man who allegedly stabbed someone with a screwdriver during an attempted theft last week.

Investigators say a man was trying to steal from a business in the 900-block of Yates Street around 3 p.m. on Jan. 19.

A loss-prevention officer confronted the man, who then challenged the worker to a fight and spat on him, according to police.

The loss-prevention officer tried to apprehend the man, who then stabbed the employee with a screwdriver, police said in a statement Wednesday.

The man fled the area on foot and police are now investigating.

The perpetrator is described as a white man standing 5' 9" with a slim build. He was wearing a baseball hat with a red brim, black jacket over a grey hooded sweater and blue jeans.

Anyone with information on the suspect is asked to contact Victoria police at 250-995-7654 or contact Greater Victoria Crime Stoppers anonymously at 1-800-222-8477.

A day after Maple Leafs star Mitch Marner was robbed of his Range Rover at gunpoint outside an Etobicoke movie theatre, Toronto police said they have already seen more carjackings so far this year than they did in all of 2021.

Mariupol appeared on the verge of falling to the Russians on Tuesday as Ukraine moved to abandon the steel plant where hundreds of its fighters had held out for months under relentless bombardment in the last bastion of resistance in the devastated city.